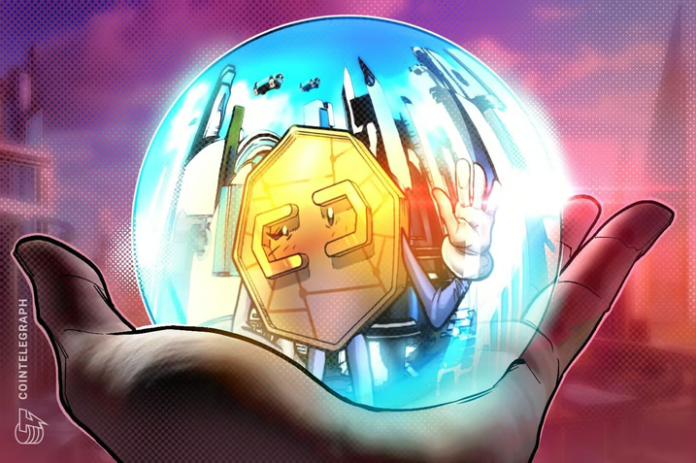 Expect blockchain adoption to increase in the year ahead — in addition to the culture wars surrounding it.

This year has been a particularly tumultuous one for the crypto market, with many decentralized and centralized entities failing or struggling to stay afloat. It feels as though we are in the final stages of the bear market, with bad actors and practices being purged in a process that is both dramatic and necessary for the maturity of the entire system. Despite this, the Web3 technologies that emerge from this crypto winter will change everything.

Web3 represents the next evolution of information exchange, with similarities to the transformation from a largely agricultural society to a more industrial one. It is a computing fabric that is designed to put humans at the very center and prioritizes privacy. Blockchain technology will bring about a new way of interacting with the internet and will fundamentally change how we engage with each other. As we move into the future, here are some predictions for what we can expect to see on the other side, in 2023.

1) Crypto venture capital funding will continue to decline through the first half of 2023, but that is not necessarily a bad thing; rather, it is normalizing to a point that is rational. Investors don’t want to catch a falling knife, so they are waiting for things to bottom out while also weighing broader macroeconomic concerns and the global recession risk. At the same time, new settlement (layer 1s/2s), interoperability (layer 0/bridge), lending and trading protocols will continue to get funded to fill the vacuum resulting from the changes resulting from the recent hacks, treasury shortfalls, regulatory changes and exchange collapses.

2) In 2023, the initial Web3 anarchist ethos that rejected the need for big brands will go away. Participants will finally realize that when there is no outside money from big brands, then all you have is a token whose only value comes from user and speculator dollars. Instead, projects will embrace large brands and the ad, marketing and sponsor dollars they bring so that the dream of Web3 (token representing microequity) can be achieved via divvying up meaningful outside capital among actual users. Web2 brands — such as Nike, Starbucks and Meta — will continue to experiment in Web3, with a continued focus on nonfungible tokens (NFTs) as the preferred format, and with an emphasis on customer acquisition and engagement over monetization.

3) People will realize that the way many have been thinking about community in Web3 is bullshit. “Community” was often simply a lovely word used primarily to describe “a bunch of speculators in a Discord sharing a common dream of rapid wealth who abandon the project once the growth carousel stops moving.” While we’ll continue to see exceptions to the rule — such as strong, engaged decentralized finance communities, as well as online-to-offline decentralized autonomous organizations like LinksDAO — what we’ll realize in 2023 is that the whole Web3 ideal of project/community fit was frequently just project/speculator fit. So, we can’t afford to ignore the fundamentals of actual product/market fit.

4) As Web3 app development costs go down and user acquisition costs go up, there will be an emphasis on quality and discovery. Web3 will have its App Store and AdMob moments, which will help developers and users find each other more efficiently. L1s and wallets will initially compete for this position, but a new player will likely take over. Breakout Web3 apps in 2023 will look more like the top-downloaded and top-grossing apps in the early days of mobile — simple user experience and graphics with intuitive but innovative engagement and monetization mechanisms — like Angry Birds in 2009.

5) The current trend toward “stability” and “sustainability” in games — in some ways resulting from the bumps of Axie Infinity — will spawn a wave of products with built-in stability but that lack the dynamic boom-and-bust nature of most crypto speculation. This will create a flat, muted player experience, which just feels like a copycat version of existing Web2 video games. Over time, game developers will relearn that market speculation is part of the fun and try to incorporate it in healthy, responsible ways.

6) Web3 will continue to offer a solid niche, with apps that are functionally clones of existing businesses, but with some basic blockchain components. These apps will carve out a market niche of users who want that same traditional core product offering but have some affinity for Web3, similar to many early internet companies (such as Amazon as a web bookstore) or mobile companies (such as Robinhood as a mobile stock trader). They will differentiate largely on marketing and experience rather than on core product offering. A few of them will take moonshot bets at truly paradigm-breaking innovation, a la Amazon.

7) To deal with compliance costs and overhead, blockchain apps will increasingly rely on existing, large-capitalization tokens to power token-related mechanisms. Ethereum will continue to delay its roadmap in 2023, but once it does eventually ship sharding to reduce gas fees, alternative L1s will see a big dropoff in interest.

8) Stablecoins will find more use cases outside of crypto capital markets, which will drive more mainstream adoption — primarily among businesses — and innovation within Web3. Governments and private blockchain research and development will continue, with some announcing centralized public infrastructure like central bank digital currencies or marketplace infrastructure.

9) Culture wars around crypto will heat up toward the end of 2023, leading into the United States election cycle. Booms and busts will continue, with accidental hacks (like Wormhole), over-aggressive risk exposure (like Terra) and outright fraud (like SafeMoon). More politicians will take strong stances on crypto. However, the U.S. government will continue to be indecisive on regulation, to the detriment of the domestic industry. Any regulation that does emerge will be patchwork and could still allow risky projects to slip through the cracks.

10) As builders develop through the bear market, there will be a point in 2023 when new growth areas start emerging beyond existing prevailing narratives like NFT profile-picture projects, play-to-earn projects, alternative L1s, etc. The new narratives will propel the next cycle, and hopefully, these fresh frameworks will drive real consumer utility and adoption, bringing in several hundred million new crypto users/wallets.

The uncertainties of the future also represent opportunities, and those who are able to adapt quickly stand to benefit if significant changes do occur.