7th Pay Commission News Today: Apart from the massive Diwali bonanza, the Central government employees are likely to get hike in their salary from January, a report by Jagran.com claimed. The report further stated that the Ministry of Finance has in this regard already started brainstorming on the demand to implement the House Rent Allowance (HRA) of more than 11.56 lakh employees. Notably, the proposal has been sent to the Railway Board for approval. And after the proposal gets approved, the employees will get HRA from January 2021.Also Read – 7th Pay Commission: Salary of These Govt Employees to Increase From November as Centre Hikes Their DA by 17%.

It must be noted that the Indian Railways Technical Supervisors Association (IRTSA) and the National Federation of Railwaymen (NFIR) have made demand to implement the HRA from January 1, 2021. Also Read – 7th Pay Commission: These Govt Employees Get More Than 9% Hike in Dearness Allowance on Chhath Puja.

As pet the Pay Matrix of the 7th Pay Commission, the salary of each level employee increases when their DA and HRA increase. He also added that 7th Pay Commission in its recommendation had earlier proposed that when the DA crosses 25 percent, then the HRA will also increase and the rate will increase from 8, 16, 24 percent to 9, 18, and 27 percent.

It must be noted that the HRA is a salary component which is being paid to employees by an employer towards the accommodation cost of living in that city. However, the employers decide the HRA amount to be paid depending on criteria like the salary structure, salary amount, and city of residence. 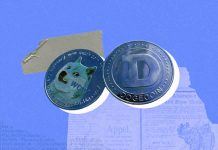