Home NEWS ApeCoin surges 38% on rumors that it will soon be incorporated into... 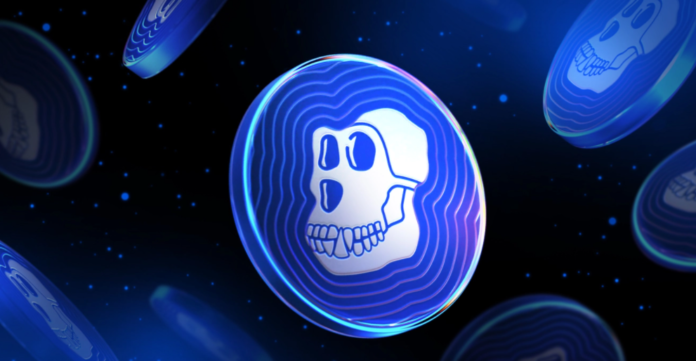 ApeCoin, a crypto affiliated with the Bored Ape Yacht Club NFT franchise, skyrocketed as much as 38% on Wednesday on rumors that it would be accepted in a high-profile metaverse project.

ApeCoin reached a 30-day high of $17.17, as investors piled in on expectations that Yuga Labs’ anticipated Otherside metaverse project may soon start digital land sales using the cryptocurrency. Being part of the project would give the cryptocurrency a huge lift because Yuga Labs has dedicated fans for its many NFT projects including the hit Bored Ape Yacht Club collection.

With the gains, ApeCoin’s market cap has surpassed that of another leading metaverse crypto, Decentraland’s MANA, along with that of play-to-earn game Axie Infinity’s native token and The Sandbox’s cryptocurrency, SAND.

Yuga Labs’ announced its Otherside metaverse project with a teaser video about a month ago, shortly after ApeCoin debuted. In a tweet at the time, Yuga Labs hinted that the metaverse project could be launched as soon as April.
Otherside would be Yuga Labs’ take on the metaverse, which Bored Ape Yacht Club’s co-founder Wylie Aronow, aka Gordon Goner, said previously would be a multiplayer role-playing game and a player-run “interoperable world.” It will reportedly include all of Yuga Labs’ NFT franchises, including its jewel, Bored Ape Yacht Club, along with Mutant Ape Yacht Club, CryptoPunks, and Meebits.

A leaked pitch deck circulating on Twitter had previously showed that Yuga Labs plans to create 200,000 plots of land in its metaverse, giving out 30% of the first 100,000 plots to existing Bored Ape Yacht Club and Mutant Ape Yacht Club holders. Those claims are unconfirmed.

Yuga Labs did not immediately respond to Fortune’s request for comment.

Aiding the speculation over Yuga Labs’ metaverse land sales was a Tuesday tweet by Bored Ape community member “renegademaster” claiming that the digital land sale will be conducted through a “Dutch” auction, a type of auction in which the price of an item is lowered until receiving a bid, starting at 600 ApeCoin. ApeCoin was released by a so-called decentralized autonomous organization called ApeCoin DAO that is separate from Yuga Labs.

Was just sent some huge alpha re @yugalabs land drop. The sale will be a Dutch auction of some sort starting at 600 $APE.

Get your $APE ready. Looks like we’re gonna need it. #BAYC #OTHERSIDE

No details have been confirmed about ApeCoin’s role in the Otherside metaverse project, but Yuga Labs tweeted in March that it would be “adopting ApeCoin as the primary token for the Bored Ape Yacht Club ecosystem as well as future Yuga products and services.”