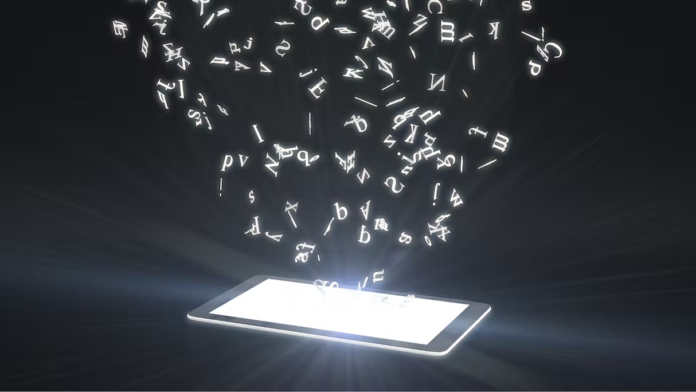 Whether it’s Meta, a MetaMask or the metaverse, here’s an explanation for many of the most commonly-used web3 terms.

Airdrop. In the crypto world, an airdrop is a free distribution of tokens or coins from a company directly into its users’ or members’ wallets.

Altcoins, or alts, are cryptocurrencies that are relatively new to the market and have relatively low valuations. A conjoining of the words ‘alternative’ and ‘coin,’ the term ‘altcoin’ initially was used to refer to any cryptocurrency that wasn’t Bitcoin.

Augmented reality (AR). A technology that combines elements of virtual reality (VR) with physical reality. In its current form, AR can be facilitated by devices worn over the eyes – such as glasses or goggles – or by a smartphone or computer screen. Pokémon Go is one common example of AR, because it blends virtual information with one’s physical environment.

Avatar. An avatar is a digital rendering of a human being or other entity in VR, a video game, the internet or another virtual space.

Bitcoin is at the time of writing the most valuable cryptocurrency in the world. It was also the world’s very first cryptocurrency, postulated by ‘Satoshi Nakamoto’ (which is typically presumed to be a pseudonym) in a now-famous white paper called ‘A Peer-to-Peer Electronic Cash System’ in 2008.

Blockchain. A ‘blockchain’ is a distributed digital ledger that’s used to record transactions. It’s an immutable database, which means that information can’t be tampered with or altered once it’s been recorded. If there’s an error in an entry, then a new, revised entry must be made, and both entries will subsequently be visible on the ledger.

The name comes from the fact that a blockchain stores data in ‘blocks,’ individual units that are linked, or ‘chained,’ together. New data is filed into blocks – and blocks are subsequently chained together – in chronological order, so a blockchain becomes longer and longer as more information is added to it. Each new piece of information is also assigned a timestamp, which makes it easy for users to find out exactly when it was linked to the database. The transparency and immutability of the blockchain makes it a very reliable and trustworthy business resource both for individuals and companies.

Block. A block, the constituent element of a blockchain, is an individual unit in which data is stored.

A bridge, in a web3 context, is a protocol which links blockchain systems together, allowing users from one system to send assets and information to another.

To burn an NFT is effectively to send it into oblivion, the closest thing to destroying it completely. Nothing that’s been coded on the blockchain can be deleted, so anyone who wants to delete (burn) an NFT has to send it to a smart contract that nobody can access.

Centralized system. This is a system that is controlled and organized according to a rigid hierarchical structure. In such a system, power and decision-making authority is concentrated in the hands of a relatively small number of individuals at the top of the hierarchy. Corporations, for example, are centralized systems.

Cryptography. A word derived from the Greek ‘kryptos’ meaning ‘hidden’ – this is the process of using mathematics to encode and protect sensitive information from malicious actors.

A crypto winter is a period of steep decline within the cryptocurrency market, resulting in the loss of huge sums of money for some investors.

DAO. A Decentralized Autonomous Organization, colloquially referred to as a ‘DAO,’ is an organization that is controlled by its members and not subject to the authority of any single individual or entity. Unlike a traditional corporation or government, they are completely free of hierarchical, top-down structures. Its codes of conduct are recorded on a blockchain to ensure transparency and decentralization. Participation in a DAO is usually accessed through the acquisition of a digital token.

Dapp. A decentralized application, colloquially called a dapp, is an application constructed on the blockchain. Dapps function autonomously, according to the stipulations in smart contracts. Like any other application on your phone, dapps come with a user interface and are designed to provide some kind of practical utility.

A decentralized system is one that’s controlled in equal measure by each of its constituent parts. Blockchains – the technological framework for web3 – are decentralized, meaning that no single individual, corporation or other entity is able to exert a disproportionate degree of control over how they are constructed and run.

DeFi. Decentralized finance, or DeFi, refers to a financial system built upon the blockchain, and therefore fully distributed and not subject to any centralized authority, such as a bank, government agency or financial management firm.

Digital twin. This is a virtual rendering of a physical object. But a digital twin is more than a mere three-dimensional simulacrum – they’re designed, ideally, to be as dynamic and environment-dependent as the objects they’re imitating. For example, let’s say a team of engineers is making structural improvements to a bridge. They could design a simulation of that bridge, a simple 3D model, which would allow them to make basic measurements and study the overall structure. But that simulation wouldn’t be able to tell them much about how the wind, the traffic or any other number of more subtle environmental factors have been impacting the integrity of the bridge. To study those processes, they might distribute sensors over the bridge in order to create a digital twin. This would allow the team to create a much more informative model.

Ethereum is a decentralized blockchain network built by Vitalik Buterin in 2015. The open-source network is home to its native cryptocurrency, also called Ethereum but more commonly known simply as Ether or ETH (there’s some debate about whether it’s pronounced ‘eth’ or ‘eeth’). The Ethereum platform also gave rise to smart contracts – a subject we’ll dive into another week. As of March, ETH is the second most-valuable cryptocurrency in the world, after Bitcoin.

Extended reality. Also commonly referred to as ‘XR,’ extended reality is a category of multiple technologies – including VR, AR and mixed reality (MR) – which, in various ways, blend virtual worlds with physical reality.

Fiat money. Not to be confused with the car brand, fiat money is a term used to refer to any kind of currency that has been declared legal tender by a government body. (The declaration itself is often called a fiat.) Fiat money isn’t backed by any intrinsically valuable commodity, such as precious metals like gold and silver. Instead, the value of fiat money is determined by the fluctuations of supply and demand. Paper money, like the US dollar, is fiat money.

Fiat money is subject to an economic force called ‘variable supply,’ which means the governing body that issued the fiat can control its value by tweaking a variety of levers, such as the adjustment of interest rates. Cryptocurrency, which is not subject to the authority of any centralized authority, is often positioned as the opposite of fiat money.

“Floor price” refers to the lowest price for which a product or service can sell at an auction. This is a common phrase to encounter on NFT auction platforms, such as OpenSea.

Fungibility. A term used in economics to refer to a commodity that is precisely equal in value and therefore exchangeable with other identical versions of that same commodity. A $1 bill, for example, is fungible, because it can be exchanged for any other $1 bill – they have the same value and therefore, for all intents and purposes, are identical.

Gas. In the context of web3, gas refers to a fee that’s required in order to execute a smart contract or transaction on Ethereum blockchain. Gas, which is often denominated in a very tiny fraction of an ETH called a WEI, is paid to node operators, AKA miners.

Gwei. The smallest denomination of the cryptocurrency ETH is called Gwei. 1 ETH is worth 1bn Gwei.

HODL is a common acronym used in the crypto space, which stands for ‘hold on for dear life.’ It’s typically invoked at times when the crypto market is undergoing some dramatic fluctuations and investors are feeling nervous, as in: “Don’t sell just yet, the markets will recover and your investments will bounce back if you just HODL.”

Interoperability, in web3-speak, refers to the ability of multiple blockchains to cooperate and exchange information with one another, enabling virtual assets (such as non-fungible tokens [NFTs]), avatars and other pieces of code to move seamlessly from one platform to another.

IRL. Shorthand for ‘in real life,’ IRL is an acronym commonly used in the web3 space to describe a person, place, thing or event in physical – as opposed to virtual – reality.

Layer 1 (L1) blockchains are the foundations of multi-level blockchain frameworks. They can facilitate transactions without support from other blockchain networks. All layer 1 blockchains – including Bitcoin and Ethereum – offer their own native cryptocurrency as a means of accessing their networks.

Layer 2 (L2) blockchains are built on top of layer 1 blockchains, often enhancing the latter’s performance and expanding its accessibility. Polygon, for example, is a popular layer 2 blockchain that allows users to enjoy the benefits of using the Ethereum network without having to go through that network’s relatively slow transaction speed and costly fees.

Liquidity is a term used in economics to describe the degree to which an asset can be converted into either cash or some other asset. Could This Trademark Filing Mean PayPal Is Creating an NFT Marketplace?