The veteran producers—Chauncey “Hit-Boy” Hollis and James Fauntleroy—will take the roles of co-executive producers and songwriters behind the Bored Ape band, and work to create music for the NFT-inspired characters to perform in videos and immersive online metaverse worlds.

Kingship hails from UMG’s 10:22PM label and was created by label head Celine Joshua. The characters in the band are based on Bored Ape Yacht Club and Mutant Ape Yacht Club NFTs licensed from notable collector Jimmy “j1mmy” McNelis. It’s similar to the seminal virtual band Gorillaz, albeit with a handful of valuable NFTs used as source material.

Hit-Boy is a well-known hip-hop producer and three-time Grammy winner who has produced hit singles for artists like Beyoncé, Kanye West, Rihanna, Jay Z, and Ariana Grande. Fauntleroy, meanwhile, is best known as a four-time Grammy-winning songwriter for artists like Bruno Mars, Beyoncé, and Justin Timberlake, plus he’s produced music for various other musicians.

A recent Kingship teaser video, released in August to mark a promotion with the M&M’s candy brand, offered the first taste of their musical contributions to the project. In July, Kingship released its own NFT project, launching 5,000 Ethereum key cards that provide special access to exclusive content and token-gated future experiences.

An NFT is a blockchain token that represents ownership of a digital item, and can be used for things like artwork, Bored Ape-style profile pictures, collectibles, and access passes to online communities and live events. The NFT market swelled to $25 billion worth of trading volume in 2021, per data from DappRadar.

The Bored Ape Yacht Club is arguably the best-known project in the space, racking up billions of dollars’ worth of trading volume while amassing numerous celebrity and athlete holders. Yuga Labs, the creator of the Ethereum project, raised $450 million earlier this year at a $4 billion valuation, and is working on its own metaverse game called Otherside.

Bored Ape Yacht Club NFT holders are given broad rights to use their owned images to create and sell derivative artwork and products. Some owners have used their Bored Ape imagery for things like fast food restaurants, cannabis and alcohol packaging, toys, and apparel.

UMG and 10:22PM aren’t the only creators that see opportunity at the intersection of Bored Apes and music: Storied producer and Ape owner Timbaland has also produced music from Bored Ape-based artists. He also released a single as his Bored Ape and sold NFTs of the music video itself.

Meanwhile, rappers Eminem and Snoop Dogg—also both Bored Ape NFT owners—recently released a collaborative single called “From The D 2 The LBC” that features their Ape images in the music video. They also performed the song live via 3D Ape avatars at the MTV Video Music Awards, and sold limited-edition merchandise based on their NFT characters. 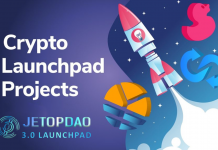 JETOPDAO 3.0 Launchpad – The Top Crypto Launchpad should keep on Your 2022 Watchlist.