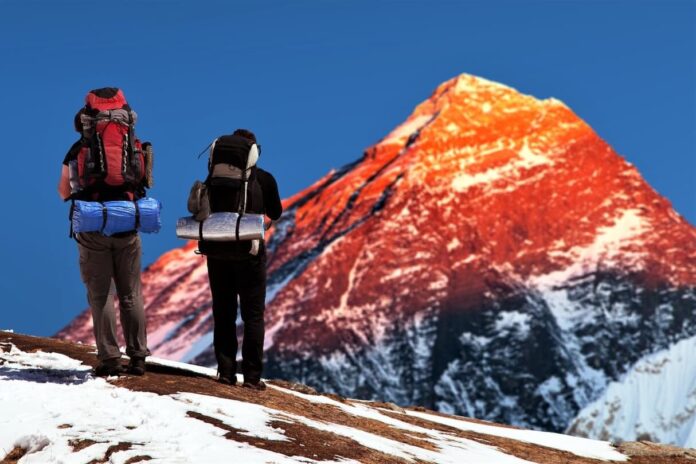 There is still potential for the price of bitcoin (BTC) to rise before the top of the market cycle, analysts at crypto exchange Kraken said. Meanwhile, ethereum (ETH) has recently seen a strong performance, but is to face tougher competition going forward, they warned.

Commenting on the historical performance of bitcoin in November, Kraken said that it is the best performing month on average, with a 53% average return. However, the report also warned that volatility in either direction should be expected, with November on average being “materially more volatile” than other months.

Broadening the scope to the entire fourth quarter, Kraken said that the last quarter of the year is typically “a favourable quarter for BTC,” returning on average 119%.

Further, the exchange also revealed a cue for determining where we currently stand in bitcoin’s market cycle by looking at two popular technical analysis indicators.

“Although there’s no telling where and when BTC may hit a market cycle top, one can look at BTC’s upper Bollinger band (+/-4.5 standard deviations) and 1-month RSI for insight,” the report said, referring to the Relative Strength Index.

It added: “Historically, BTC’s cycle tops have coincided with BTC hitting both its upper Bollinger band AND the 1-month Relative Strength Index (RSI) hitting a reading of 96.”

And although the report noted that the monthly RSI is already in ‘overbought’ territory for bitcoin, it also said that history suggests there is still “potential for technical upside.”

According to the report’s data, the Bollinger band sat at USD 112,000, while the RSI hit 71.7, with a reading above 70 usually considered ‘overbought’.

In terms of ethereum, the same report said that ETH’s strong performance in October meant that the asset has now reclaimed “band 5” of a “Logarithmic Regression Rainbow” developed by the exchange.

“Should ETH continue to press higher and refrain from falling back down to band 5, the next big level of resistance that ETH might look to test next would be band 6 at roughly USD 6,500,” the report said, noting that this would imply a 50% gain from October’s closing price of USD 4,200.

On a cautionary note, however, Kraken’s Intelligence team also warned that ETH’s share of the total crypto market valuation – the ETH dominance – remains “notably below” its level from May of 20.1%, which marked the previous all-time high for the price.

“This tells us that despite ETH’s rally to a new all-time high, ETH commands a smaller market share than last time around and may have relatively weaker momentum compared to its peers,” the report said.

Meanwhile, other analysts had a more positive outlook on the ETH price, with Martha Reyes, Head of Research at digital asset brokerage BEQUANT, saying in an emailed comment that “ethereum is coming out from under the shadow of bitcoin,” with use cases coming into focus, “whether it’s DeFi, NFTs, gaming or the metaverse.”

Further, Reyes also pointed to speculations that ethereum could soon have a futures-backed exchange-traded fund (ETF) in the US.

“First, as institutional investors are entering the digital asset market more decisively, they will be looking to diversify their portfolios and invest in assets beyond bitcoin. Ethereum, the second-largest cryptocurrency by market cap, and one with a robust community and a lively ecosystem, seems to be their natural second choice,” Morch said.