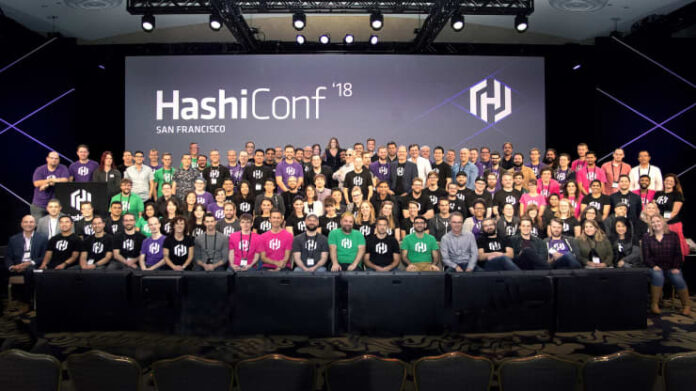 The company will trade on the New York Stock Exchange under ticker symbol “HCP.”

HashiCorp is based in San Francisco but calls itself a “remote-first company with a global distributed workforce” for its 1,500 employees. The company was founded in 2012 and is named after co-founder Mitchell Hashimoto.

HashiCorp offers cloud-based versions of open-source software, such as Terraform for setting up infrastructure and Vault for managing passwords. Revenue in the period ended July 31 climbed to $75.1 million from $50.5 million a year earlier, with 98% coming of sales coming from subscriptions.

The company is set to hit the public market as investors are paying sky-high prices for fast-growing software businesses. GitLab, a fully-remote provider of developer collaboration tools, went public last month and has a market cap of about $16 billion on just $58.1 million on revenue in the most recent quarter. Toast, which provides hardware, software and payments products to restaurants, debuted in September and is worth over $30 billion.

HashiCorp was last valued in the private market at $5.1 billion in 2020. Its top investors are venture firms Mayfield and GGV Capital.

The company had about 2,100 customers at the end of July, including Fox, General Motors, Microsoft’s GitHub subsidiary and Stripe. Competitors include IBM, VMware and cloud providers, Amazon, Microsoft and Google.

Lead underwriters on the IPO include Morgan Stanley, Goldman Sachs and JPMorgan.