Home Events Could This Trademark Filing Mean PayPal Is Creating an NFT Marketplace? PayPal has filed a trademark application related to crypto and blockchain tech. The filing could be related to an NFT marketplace, with some saying that it has to do with Web3 and the metaverse.

A new trademark filing by PayPal has been spotted, and it hints at the creation of a service related to several aspects of blockchain technology. The filing, made on Oct. 18, notably hints at the possible launch of a non-fungible token (NFT) marketplace.

PayPal made two trademark applications for its logo. The first one relates to “downloadable software” for trading and storing cryptocurrencies. The second deals with payment processing services linked to cryptocurrencies.

PayPal already allows users to purchase cryptocurrencies on its platform, but this filing hints at something further. The language used in the filing covers a much broader definition of assets. USPTO licensed trademark attorney Mike Kondoudis said on Twitter that this filing is related to NFTs and the metaverse.

While there is no confirmation that this is the case, it would not be surprising if it were. The fintech company would be joining a long list of companies that are beginning to launch efforts in the Web3 and metaverse space.

PayPal Getting Deeper Into Crypto

PayPal has been increasing its focus on crypto over the last two years. First, the company announced that it would allow users to buy crypto on its platform, which was major news for the market.

However, only recently did it begin allowing users to transfer those funds into wallets outside the platform. Late last year, it announced that it would introduce new crypto-related features. Perhaps an NFT marketplace could be one of those additions.

More recently, it partnered with Coinbase’s TRUST network. Many saw this as a validation of the industry. The TRUST network complies with the banking industry’s Travel Rule while protecting the security and privacy of customers.

PayPal has been in the news for all the wrong reasons as well. The company was recently criticized for a controversial policy that would have fined users for spreading misinformation. It later said that the updated policy was released with incorrect information. However, crypto enthusiasts were quick to use this as an example of why decentralization was important.

Earlier this year, PayPal also created an advisory council for cryptocurrency and blockchain technology. The company’s executives said that it was important to engage with governments to navigate challenges and make the most out of opportunities. 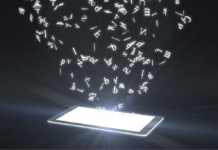