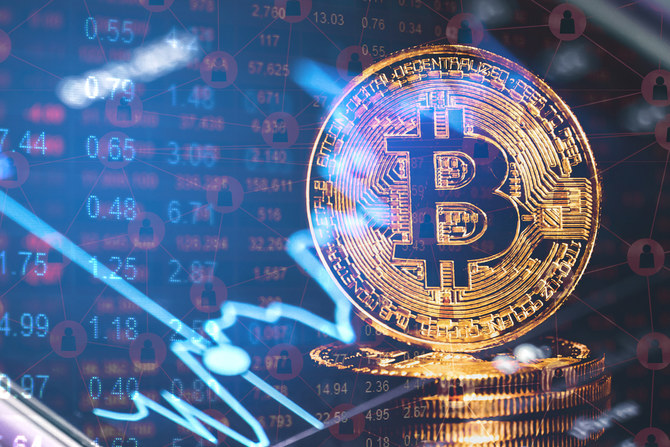 Ethereum, the second most traded cryptocurrency, was priced at $1,432.34 rising by 5.41 percent, according to data from Coindesk.

As long as the companies can be properly regulated, consumer-focused digital tokens issued by private companies could be better than central bank-issued tokens, the Australian central bank governor said on Sunday, Reuters reported.

“If these tokens are going to be used widely by the community they are going to need to be backed by the state, or regulated just as we regulate bank deposits,” said Philip Lowe.

“I tend to think that the private solution is going to be better — if we can get the regulatory arrangements right — because the private sector is better than the central bank at innovating and designing features for these tokens, and there are also likely to be very significant costs for the central bank setting up a digital token system,” he said.

Around the world, many central banks are developing digital currencies, either retail tokens for use directly by consumers or wholesale tokens for use by banks.

This is a response to the development of stablecoins such as Tether and USDC, which are commonly used for payment and as a store of value.

Decentralized finance projects, part of the cryptocurrency ecosystem, could also be mitigated by greater scrutiny of such tokens, according to the Hong Kong Monetary Authority chief who spoke at the G20 finance officials meeting in Indonesia.

After Celsius filed for bankruptcy in May, customers are anxiously waiting to find out about their money and whether they will ever get it back, according to Reuters.

When Celsius Network filed for Chapter 11 bankruptcy in New York this week, it revealed a $1.2 billion hole in its balance sheet.

Reuters spoke with six lawyers specializing in bankruptcy, restructuring, and cryptocurrency to determine what will happen to customers’ money.

Lawyers say the Chapter 11 process will be slow due to limited bankruptcy precedents, multiple lawsuits against Celsius, and the high complexity of any restructuring.

Daniel Gwen at Ropes & Grey law firm in New York said that “this could last for years.”

“It’s highly likely there’s going to be a lot of litigation,” he added.

OpenSea, a New York-based marketplace for non-fungible tokens, has cut 20 percent of its workforce amid a prolonged slump in digital asset markets, Reuters reported.

As Bitcoin and cryptocurrencies rose in popularity in 2021, the company’s sales grew.

Due to rising inflation, central bank rate hikes, and recession fears, the nascent NFT market has slumped in recent months.

CEO Devin Finzer said: “The reality is that we have entered an unprecedented combination of a crypto winter and broad macroeconomic instability, and we need to prepare the company for the possibility of a prolonged downturn.”

In June, OpenSea’s NFT sales volume fell to $700 million, down from $2.6 billion in May and well below the peak of nearly $5 billion in January.

Digital files such as images and texts are represented by NFTs, which are blockchain-based assets.

As a result of the job cuts, Finzer said the company would be able to maintain growth at current volumes for the next five years.

Major US crypto exchange Coinbase has won approval from Italian regulators to continue to serve customers in Italy, it said in a blog on Monday.

Coinbase said it had met requirements from the Organismo Agenti e Mediatori, known as OAM, which oversees financial agents and credit brokers in Italy and implements anti-money laundering controls.

Financial watchdogs across the world are grappling with how to regulate the crypto market, which remains subject to patchy rules, according to Reuters.

Consumer protection, threats to financial stability and illicit usage of digital coins are among the top issues on regulators’ agendas.

Under groundbreaking new rules agreed this month by the EU, crypto companies will need a license and customer safeguards to issue and sell digital tokens in the bloc.

The OAM says on its website it can collect and share with anti-mafia and anti-terrorism investigators in Italy data provided by crypto firms on their clients and operations.

Coinbase rival Binance, the world’s largest exchange, said in May it had registered with the OAM.

The Senate of Paraguay has approved a bill that seeks to regulate cryptocurrencies and their operations in the country.

The bill states that crypto mining companies will have to submit an energy consumption plan to the national energy administration, which will be able to cut power to these companies if they don’t follow it.

The cryptocurrency companies will also be exempt from paying value-added taxes but will have to pay income taxes, according to Bitcoin.com.