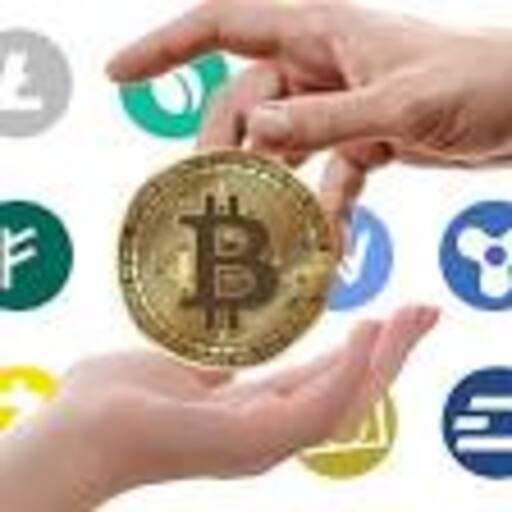 As concerns rise and hearings are held in the US about the cryptocurrency industry’s effect on the environment, it’s time to address blockchain’s poor sustainability record. The first port of call should be changing how transactions on the blockchain operate – a move which could cut its energy usage by 99.99%.

A cryptocurrency is a digital representation of value that, unlike traditional money, isn’t issued by any central bank or agency. Cryptocurrencies are powered by blockchain technology, which allows the exchange of virtual coins like bitcoin and ether.

Crypto transactions are validated in two main ways: using either a “proof of work” or “proof of stake” mechanism.

Proof of work requires miners around the world to compete to complete a maths puzzle. The winner is rewarded with a predetermined amount of cryptocurrency and the ability to validate their transaction.

Proof of work is more secure than proof of stake, but it’s slower and consumes more energy. The mining activities of pioneering blockchains like Bitcoin are based on proof of work and thus use enormous amounts of energy. But switching transactions to proof of stake has the potential to dramatically cut emissions.

Although renewable energy is now being used to power some cryptocurrency activities, that energy could surely be put to better use elsewhere: for example, to power homes or businesses. Instead, if blockchain transactions were verified through proof of stake – a move that Ethereum is planning to make – their energy consumption could be reduced to 0.01% of its original value.

Emissions
The estimated power needed to run the Bitcoin network across the world is an extraordinary 7.46 gigawatts (GW) per year. For comparison, in 2020 an average-sized nuclear plant produced around 1GW of electrical power in a year. The energy required for just one bitcoin transaction could power the average US home for more than 70 days.

As the US committee heard, a bitcoin transaction adds around 400kg of CO² to the atmosphere (assuming it’s powered by an energy mix typical of the UK, of which around two-thirds comes from fossil fuel).
Together, Bitcoin and Ethereum mining operations emit more than 70 million tonnes of CO² into the atmosphere. That’s the same as the annual exhaust emissions of over 15.5 million cars. One cryptocurrency mining firm is even seeking to restart operations at two coal-fired power plants in Pennsylvania to generate more energy.

Crypto futures
The main concern raised by the US committee was that, given the potential for a dramatic increase in cryptocurrencies’ value, their required energy consumption – and environmental impact – is likely to keep growing.

This is partly thanks to the boom in related markets like decentralised finance (DeFi) and non-fungible tokens (NFTs), which are largely based on the Ethereum blockchain.

DeFi is a financial system using blockchain technology to let users make transactions and investments without going through a central mediator, while NFTs are unique pieces of digital media stored on the blockchain.

Also, since NFTs are most commonly created on the Ethereum blockchain – which uses proof of work to verify transactions – it takes a lot of energy to create one. And as NFTs feature prominently in the growing metaverse, their energy demand is only set to increase.
It sounds contradictory, but adopting blockchain technology could actually have a positive effect on the environment over the long term. This is because it could allow companies to automate many of their complex payment systems, reducing the number of commuting employees and resulting in fewer transport-related emissions.

While the extent of this transformation is very hard to predict, it’s becoming clear that as blockchain technology grows, its benefits will too. For example, as developments in blockchain continue to break new ground in business and finance, we’re seeing cryptocurrency accelerate financial inclusion for those who’ve historically been excluded from participating in formal financial systems.

As more businesses enter the metaverse, governments and regulators should aim to ensure that environmental implications are minimised without stifling innovation. Requiring blockchains to adopt proof of stake would be a good start.