Home NEWS DeFi explained: What is decentralised finance and could it be a death... 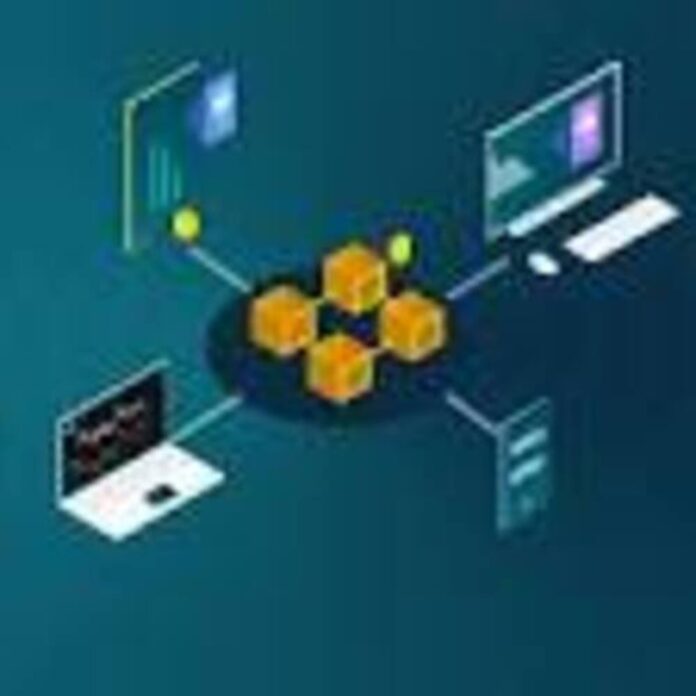 DeFi, short for decentralised finance, is another buzzword that has entered our lexicon, joining the likes of Bitcoin, cryptocurrency, NFTs, blockchain and the metaverse.

Today, most of the financial transactions in the economy are digital. We’re still using banknotes and coins on occasions but it’s marginal.

It’s a logical step that this mainly digital finance evolves in a decentralised way, says Marc Zeller, Head of Developer Relations at Aave.

Backers of DeFi will tell you that this new system will remove the need for banks and traditional financial third parties to process all kinds of transactions.
But to explain fully what this new system means and how it works, we have to go back to the origins of crypto.
Bitcoin and Ethereum
In the beginning, there was Bitcoin. Invented in 2008, by the pseudonymous Satoshi Nakamoto, the original crypto promised a revolutionary repudiation of banks and financial institutions wielding their fees and oversight on peer-to-peer payments.

In the 13 years since its creation, Bitcoin and the decentralised blockchain technology underpinning it have spawned not only 8,000 other cryptos but also a comprehensive industry spanning crypto wallets, cryptocurrency exchanges, NFT marketplaces, virtual land aggregators, decentralised autonomous organisations, and funds.
One of the innovations that developed on the back of Bitcoin and its blockchain was Ethereum.

The platform was conceived in 2013 by a young Russian-Canadian, Vitalik Buterin, and launched in 2015.

The Ethereum platform came with its own blockchain, its own token, Ether, and its own coding language, Solidity.

“If you think about Bitcoin, this is what we can think about as a DeFi decentralised payment system. Now, you can take it to the next level,” Dr Merav Ozair, leading blockchain expert and a FinTech professor at Rutgers Business School, told Euronews Next.

“Bitcoin can only do payments. That’s it. Nothing else. So you can think about Ethereum as like the next generation. And Ethereum said, ‘OK, this is a nice concept, Bitcoin. Let’s create, a playground to allow for all other applications to happen,” she said.

Ethereum expanded the use of the blockchain beyond a simple payment system and gave tools to developers to create entire programmes that could be stored on them. These came to be known as smart contracts.
Smart contracts
“Any contract that you do in the real world, whether you’re taking a mortgage or you’re asking for a loan or you would like to trade some stock or bond, it’s rule-based. So, this rule base can be coded,” said Ozair.

And that’s exactly what smart contracts are, pieces of code that automatically execute actions if certain parameters are met.

“The revolution of smart contracts is that instead of being hosted on a computer, they are hosted by everyone who has a copy of the blockchain in question,” said Zeller.

“These smarts cannot be modified and they will remain with exactly the same code that will run exactly the same way. Forever,” he added.
Why do we need it?
Why would we even need to replace the traditional financial system with a decentralised version? According to some experts, DeFi has a few advantages over its centralised counterpart.

The second advantage relates to costs.

In traditional finance, the intermediaries governing transactions are taking fees that are generally higher than the ones you currently pay on DeFi apps.

“Whether it’s with a bank or buying stocks or things like that, you’re interacting with a centralized exchange,” TokenBrice, DeFi expert, told Euronews Next.
“But the worst part and this is where it hurts, is often you interact with a series of intermediaries And so that, of course, involves a bit of death by a thousand cuts in terms of costs”.
The last selling point of DeFi, experts agree, is that it’s a more open, democratic system.
According to the 2017 Global Findex report, worldwide, there are about 1.7 billion adults that are unbanked, meaning they are excluded from the financial system.
With DeFi, you don’t necessarily have to have a bank account to access financial tools, but you do need an internet connection.
“Because [smart contracts] execute as written, if you meet the conditions, whoever you are, whether you’re a single mother or someone with a surname that doesn’t necessarily represent the country you live in or you’re an American billionaire – you’ll have exactly the same access to the same products and to the same return. And that, for me, is a change that is unprecedented in the history of finance,” said Zeller.
What can you do with DeFi?
With DeFi, the idea is you have access to all the functions accessible with a crypto token.

You can take out loans and insurance, do derivatives, crowdfund and gamble, among others.

Take a simple example like crowdfunding. Let’s say you want to raise funds for a charity cause. In the current centralised system, you have to trust a third-party platform to collect the funds from donors and give them to the charity when the funding goal is reached.

In a decentralised system, however, you can replace this intermediary and save on platform fees.

You could simply define the parameters of this exchange and encode it in a smart contract on the blockchain.

If the criteria in the smart contract is met, the money is automatically sent to the charity

If it is not met, the funds are returned automatically to all of the people that have donated.