GAIMIN’s target audience is the PC gamer. Gamers have the high performing devices in their gaming PCs, which are required by GAIMIN to create the distributed data processing network. Accessing these devices when they are not being used for gaming is key, with GAIMIN rewarding users for allowing their devices to be used. Rewards are in the form of GAIMIN’s own cryptocurrency, GMRX, which will imminently be listed on exchanges and therefore provide a gamer with either a fiat-based monetary value for their participation, or an accumulating reward that they can spend on accessories, merchandise or in-game assets, including NFTs.

In research, GAIMIN found that gamers only use their computers for around 4 hours per day, leaving them switched on, but inactive. GAIMIN’s app identifies devices which are not being used for gaming and puts them to work, creating a distributed data processing network and providing passively earned rewards to the gamers allowing their devices to be used. During initial trials, GAIMIN users could generate over $30+ per month, with earnings increasing depending on a number of factors, including GPU performance, number of hours the GPU is active, number of hours spent gaming. In trials, some users with the top level GPUs, could generate over $100+ per month.

Rewards are paid in GAIMIN’s crypto currency, GMRX, which accumulate over time and are never “lost”. GMRX can be used to purchase gaming assets, including hardware, merchandise and NFTs from GAIMIN’s marketplace. With an exchange listing imminent, GMRX can also be used to purchase other cryptocurrency or sold to withdraw as a fiat currency via the exchange.

In order to incentivise users to continue participating in the GAIMIN network with their devices, GAIMIN is continually improving its AI-driven platform to identify the most profitable use of the available devices within the network and maximises the rewards returned to users and the company. GAIMIN currently uses this network of processing capacity to ‘power blockchain computations’, commonly known as mining. Blockchains form part of the underlying technology behind new advances such as cryptocurrencies, non-fungible tokens (NFTs) and the Metaverse. Using AI, the GAIMIN platform selects the most profitable blockchain to power and returns upto 90% of the rewards back to users. GAIMIN has already trialed other uses for the data processing network and successfully delivered video rendering services. GAIMIN intends to extend the functionality of the application, enabling businesses to run high-demand data processing tasks without major infrastructure changes.

As a gaming company, GAIMIN is developing a range of products and services for gamers. This allows users to utilise their GMRX earnings as in-game currency and acquire in-game assets for gaming advantage. Key to GAIMIN’s philosophy is ensuring the gamer has a continuing engagement with GAIMIN predominantly through GMRX and its ability to be easily acquired (outside the game), used within the game, or transferable to other games or used to obtain other crypto or fiat currency.

The first release of GAIMCRAFT focuses on Minecraft and introduces a blockchain and NFT plug-in to deliver a Minecraft metaverse. GAIMIN’s users store their acquired NFTs in their GAIMIN wallet which can then be utilised within games supporting NFT and blockchain technology. GAIMIN’s Minecraft plug-in directly enables GAIMIN users to build their metaverse environment through their NFTs and utilise their GMRX currency within the metaverse economy.

A key attribute of GAIMIN’s metaverse plug-in is the ability for the gamer to earn unique NFTs and increase their GMRX value through allowing their devices to be used within the GAIMIN data processing network, building an NFT asset base with enhanced utility and attributes, only available from their participation in the GAIMIN network.

GAIMIN maintains its metaverse economy through the ability to generate GMRX outside the metaverse, and bring new cash flow into the internal in-game economy, rather than just re-circulating existing liquidity, supporting transaction continuity and importantly assisting in the external maintenance of the GMRX price on exchanges.

To support the ability of an NFT to be used across a number of different games, GAIMIN NFTs are interoperable, allowing them to change according to the game in which it is being used.

Interoperability is a method that allows gamers to enjoy their in-game assets across a variety of titles. Each item has a representative NFT Image within GAIMIN’s Marketplace and Wallets, which, when purchased and utilised in Minecraft, will demonstrate itself as a Pixel/Voxel Art Style Asset. When the same item is taken into, for example, Grand Theft Auto V, it will be a High-Definition Weapon, skinned to reflect the NFT Image. All of these items will have Attributes and Enchantments or Bonuses added to them to affect the overall gameplay. In other words, if a gamer owns a sword, and they move to a new game that does not use swords, the NFT could be a flower!

GAIMIN’s metaverse is a Minecraft plugin which supports NFT and blockchain functionality. Minecraft players will be able to use a portal to access the GAIMIN metaverse and fully interact with the environment. Using their existing Minecraft assets and their GAIMIN NFTs, players will be able to create their own unique identities in this metaverse and participate in NFT and blockchain functionality, such as land sales, house building, property ownership and commercial property development, for example. A player could acquire property next to a celebrity or influencer for example, they can build a house, open a commercial building or create their own NFT and blockchain based environment.

GAIMIN will shortly be opening up its metaverse to allow early adopters to acquire NFT and blockchain based assets within this environment. Players will be able to purchase NFT assets and incorporate them into the GAIMIN metaverse. These NFTs will follow traditional gaming NFTs with different rarity and uniqueness and with different attributes dependent on how the NFT is earned, purchased or used within the metaverse.

With GAIMIN’s GMRX cryptocurrency supporting the metaverse economy, GAIMIN will be utilising its technology to incentivise gamers to earn unique NFTs, with more utility and benefit than would be available from a purchase of an NFT. Aligning GAIMIN technology with the metaverse environment incentivises gamers to remain an active GAIMIN user, not just a player and so allows GAIMIN to achieve its active user base and incentivise users to remain active with GAIMIN.

No Gamer Left Behind

With a target of over 1 million active users in its network, the majority of whom will be gamers,GAIMIN has a high level of social responsibility to this influential community. GAIMIN will create socially responsible approaches to gaming to ensure its community balances the enjoyment of games with the non-gaming aspects of their lives.

GAIMIN will bring gaming to under-developed countries and communities. Through future initiatives such as bespoke designed, dual GPU hardware, GAIMIN will provide access to leading edge IT systems to underprivileged global users. The provision of hardware and communications infrastructure not only benefits the recipients but GAIMIN via the data processing. The cost of these services will be covered by the processing power utilised from within the PC devices.

GAIMIN will build gamification into the GAIMIN application and dashboards. This will include themes such as personal development, personal responsibility, leadership, morals, ethics and social responsibility. Combined with formalised skills development, such as game development, computer programming, economics and education providers, GAIMIN has the power to shape 1.5 billion youthful minds. 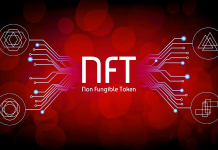 At this year’s NYFW, crypto and Web3 take the spotlight in...