Gucci has become the latest top brand to start accepting cryptocurrency as mean of payment in its stores located within the United States according to a report from Vogue.

The report cited a statement from the Chief Executive Officer of Gucci, Marco Bizzarri, that confirmed that the company was able to “integrate cryptocurrencies” within their payment system as digital assets continue to gain popularity among consumers as a convenient form to complete their purchases.

It was unclear who Gucci partnered with to process crypto transactions but this is far from being the company’s initial pivot toward the blockchain or web 3.0 as Gucci has launched various collections of non-fungible tokens (NFTs) including SuperGucci and Gucci Grail. These digital assets give owners special perks and privileged access to the company’s product releases.

Moreover, the report stated that Gucci has gathered a team that will be focusing on developing digital assets in the metaverse. The team is reportedly focusing on The Sandbox (SAND) initially.

In an interview with Vogue from March this year, the CEO of the luxury brand stated that the firm preferred to adopt a “test and learn” approach when it comes to new trends and technologies and mentioned that the firm considered the metaverse a “very real place”.

Interest in Web 3.0 is Heating Up Among Top Brands
Companies are rapidly embracing the many elements and trends that make up the so-called web 3.0. Some of the most common initiatives include the creation of non-fungible tokens (NFTs) used as part of loyalty and membership programs along with supporting cryptocurrencies as mean of payment both online and offline.

A couple of days ago, the world’s most renowned coffee store chain – Starbucks – stated that they were launching an initiative called “Third Place” that sought to strengthen the connection and sense of belonging of its ample customer base through the launch of a “global digital community”.

To achieve this goal, the company plans to create branded NFT collections that would give consumers access to “exclusive experiences and perks”.

Other big corporations that have been developing NFTs to engage with consumers differently include Clinique, which hosted a competition among its Smart Rewards members that prompted them to share their stories on social media in exchange for the possibility of earning one of these exclusive digital assets.

Meanwhile, both Coca-Cola and Taco Bell used NFTs for charitable purposes by enticing consumers to participate in the auction of these digital assets in exchange for some interesting perks. In the case of the non-alcoholic beverage, the company offered a fully stocked refrigerator of Coke as a prize for the person who won the auction of its “Coca-Cola Friendship Card”.

What are Non-Fungible Tokens (NFTs) and How Brands Can Use Them?
Non-fungible tokens (NFTs) are digital assets considered unique in the same way as a work of art or a membership card. They can take the form of a picture, equipment to be used in a certain game, a parcel of land in the metaverse, or a song.

This form of art has been gaining popularity amid the world’s rapid pivot toward digital solutions during the pandemic as multiple corporations are currently working to develop virtual universes – known as the metaverse – where people can interact and enjoy different kinds of experiences.

Brands can employ NFTs as part of their marketing campaigns to increase customer loyalty through the creation of a community. These digital assets can be used to give privileged access to holders to exclusive events, perks, rewards, and even products that have not yet been released to the public. 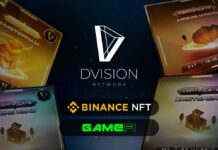