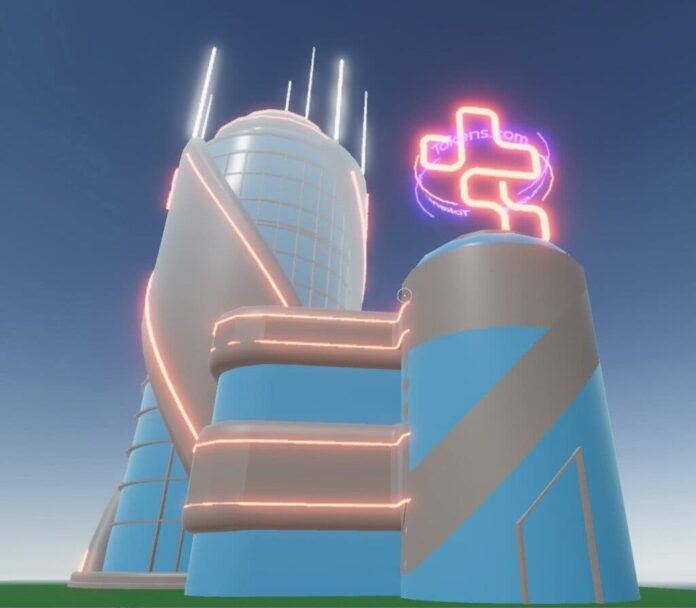 Justin Bieber performed at a live concert this month, but the show wasn’t in a stadium or an arena. Like recent performances from Ariana Grande, the Weeknd and Travis Scott, this concert was held in the metaverse, the online world that stretches the corners of the internet into immersive, four-dimensional experiences.

Fans from all over the globe watched Mr. Bieber’s avatar sing songs from his hit album “Justice.” Investors were watching, too. Preparing for a digital land boom that appears just months away, they are snapping up concert venues, shopping malls and other properties in the metaverse.

Interest in this digital universe skyrocketed last month when Mark Zuckerberg announced that Facebook would be known as Meta, an effort to capitalize on the digital frontier. The global market for goods and services in the metaverse will soon be worth $1 trillion, according to the digital currency investor Grayscale.

The metaverse comprises multiple digital realms. Each is like a 3-D virtual city where avatars live, work and play. Anyone who has been exposed to popular video games like Fortnite, Animal Crossing and the Roblox universe has had a taste of what these realms look like. In each, elements including virtual reality, streaming video, mobile gaming, avatars and artificial intelligence are combined into immersive digital experiences.

But real estate investing in the metaverse still is highly speculative, and no one knows for sure whether this boom is the next big thing or the next big bubble.

Technologists believe the metaverse will grow into a fully functioning economy in a few short years and offer a synchronous digital experience that will be as integrated into our lives as email and social networking are today.

Money in these digital worlds is cryptocurrency, as finance in the metaverse is powered by the blockchain — a digitally distributed public ledger that eliminates the need for a third party, like a bank. Anyone entering a virtual world can buy or trade art, music and even homes as nonfungible tokens, or NFTs, which are blockchain-based collectibles that are digital representations of real-world items. The NFT serves as proof of ownership and is not interchangeable.

And in recent months, the volume of transactions for commercial real estate in the metaverse has ramped up.
Daily business updates  The latest coverage of business, markets and the economy, sent by email each weekday.

In October, a blockchain technology company focused on NFTs and metaverse real estate, acquired 50 percent of Metaverse Group, one of the world’s first virtual real estate companies, for about $1.7 million. Metaverse Group is based in Toronto but has virtual headquarters in a world called Decentraland in Crypto Valley, which is the metaverse’s answer to Silicon Valley. Decentraland also has districts for gambling, shopping, fashion and the arts.

“Rather than try to create a universe like Facebook, I said, ‘Why don’t we go in and buy the parcels of land in these metaverses, and then we can become the landlords?’” said Andrew Kiguel, a co-founder and the chief executive of Tokens.com.

Since that acquisition, Tokens.com has broken digital ground on a tower in Decentraland. Louis Vuitton, Gucci, Burberry and other luxury brands have already entered the metaverse via NFTs, a move that makes company executives optimistic that the Tokens.com tower will soon generate revenue from leases and advertising for brands like these. 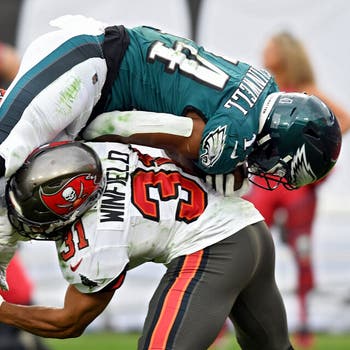 What Happened in Sunday’s N.F.L. Games 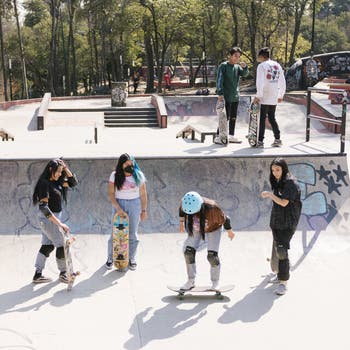 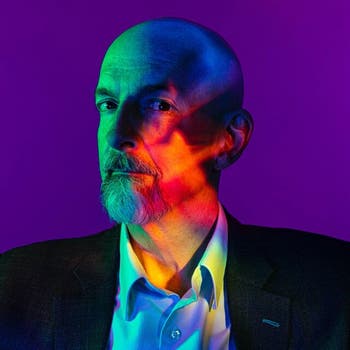 For those wondering why a company would want to invest in a virtual office in the metaverse, Michael Gord, a co-founder of the Metaverse Group, said skeptics should look at the trends catalyzed by the pandemic.

“As more people participate, it’s where you’re going with friends, where you’re having experiences like conferences and concerts,” he said. “It’s inevitable that the metaverse will be the No. 1 social network in the world.”

The Metaverse Group has a real estate investment trust, and it plans to build a portfolio of properties in Decentraland as well as other realms including Somnium Space, Sandbox and Upland. The internet may be infinite, but virtual real estate is not — Decentraland, for example, is 90,000 parcels of land, each roughly 50 feet by 50 feet. Among investors, there’s a sense that there’s gold in those pixelated hills, Mr. Gord said.

“Imagine if you came to New York when it was farmland, and you had the option to get a block of SoHo,” he said. “If someone wants to buy a block of real estate in SoHo today, it’s priceless, it’s not on the market. That same experience is going to happen in the metaverse.”

Last week, Tokens.com closed an even larger land deal in Decentraland’s fashion district for roughly $2.5 million. The company, which says the real estate transaction was the largest in metaverse history, plans to develop the area into a virtual commerce hub for luxury fashion brands, à la Rodeo Drive or Fifth Avenue.

Mr. Kiguel estimates his portfolio in the metaverse is valued at up to 10 times more than its purchase price, and much of the reasoning will sound similar to anyone who has ever bought or sold real estate.

A Guide to Cryptocurrency

A glossary. Cryptocurrencies have gone from a curiosity to a viable investment, making them almost impossible to ignore. If you are struggling with the terminology, let us help:

Bitcoin. A Bitcoin is a digital token that can be sent electronically from one user to another, anywhere in the world. Bitcoin is also the name of the payment network on which this form of digital currency is stored and moved.

Blockchain. A blockchain is a database maintained communally, that reliably stores digital infomation. The original blockchain was the database on which all Bitcoin transactions were stored, but non-currency-based companies and governments are also trying to use blockchain technology to store their data.

Cryptocurrencies. Since Bitcoin was first conceived in 2008, thousands of other virtual currencies, known as cryptocurrencies, have been developed. Among them are Ether, Jrit, USDR and Tether.

Coinbase. The first major cryptocurrency company to list its shares on a U.S. stock exchange, Coinbase is a platform that allows people and companies to buy and sell various digital currencies, including Bitcoin, for a transaction fee.

Crypto finance. The development of cryptocurrencies spawned a parallel universe of alternative financial services, known as Decentralized Finance, or DeFi, allowing crypto businesses to move into traditional banking territory, including lending and borrowing.

NFTs. A “nonfungible token,” or NFT, is an asset verified using blockchain technology, in which a network of computers records transactions and gives buyers proof of authenticity and ownership. NFTs make digital artworks unique, and therefore sellable.

Many of these digital realms appear as cartoonish, gummy-colored fantasy worlds, while others are digital applications of the planet we already know and love. SuperWorld, a virtual real estate platform mapped over the entire face of the globe, offers 64.8 billion plots of land — each for sale as an NFT. The Taj Mahal is available, as is, most likely, your childhood home. Owners can buy plots for reasons sentimental or savvy, but either way, once they buy the NFT, they get a share of any of the commerce that happens on that piece of property.

“You can buy locations that you love, whether it’s Central Park or the pyramids in Egypt,” said Hrish Lotlikar, a co-founder and the chief executive of SuperWorld. “What you’re buying is the virtual land that covers the earth at those locations.”

And as the metaverse seeps more deeply into the everyday consciousness of our universe, there’s a new realm where the divide between them gets rubbed away: the omniverse.

The real world and the online world merge into one hybrid universe, where the fungible and the nonfungible intersect at multiple points, said Justin Banon, a co-founder and the chief executive of Boson Protocol, which enables the sale of physical products in the metaverse as NFTs. Real estate in the metaverse will house the commerce that will drive this transformation.

“It’s already happening, and it’s just a question of degree,” he said. “But I think in five years, my daughter will not allow me to pick her up from school if I’m not wearing a pair of sneakers that don’t also have an NFT.”

In June, Boson Protocol bought a an entire block of the Vegas City gambling district of Decentraland. The space, the company says, will become a commerce point where products from the real world can be exchanged for NFTs; those same NFTs, acting as digital representations of physical products, can also be traded for items in brick-and-mortar stores.

“Everybody recognizes that we’re very early and these things are going to be modern-day antiques,” Mr. Banon said. “So buying at this stage is hugely lucrative.”

There are only a handful of digital realms where investors can buy and sell real estate, and all of them use their own cryptocurrency. Decentraland’s is called MANA, for instance. Decentraland also has a marketplace where people can browse NFTs, including plots of land for sale. “It’s almost like a multiple listings service,” Mr. Kiguel said.

Wave, an entertainment company that stages interactive concerts, including Mr. Bieber’s, earns a profit from virtual merchandise and brand sponsorships for the shows, which are held in neutral zones rather than a digital arena. The company is not yet monetizing real estate, but Adam Arrigo, a co-founder and the chief executive, said he was researching possibilities.

“These platforms like Decentraland and Sandbox are pioneers in credentialing these plots of lands, these storefronts,” he said. “Over the next few years, what we do is going to become a lot more mainstream.”