Home NEWS ‘It’s the only place hope exists’: The metaverse economy could be an... 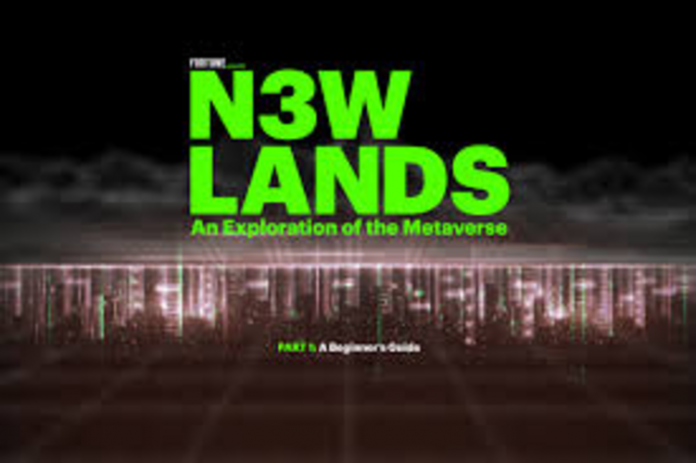 As the U.S. and other countries face high levels of inflation, a tight housing market, and a potential future recession, young people are being increasingly drawn to the potentials of a new type of economy: one that exists in the metaverse.

Enabled by NFTs and cryptocurrency, the metaverse, which refers to a handful of interactive digital worlds, has opened the doors for the creative and tech-savvy to take advantage of a sector that could be worth between $8 trillion and $13 trillion by 2030, Citi said in March.

Part two of Fortune’s video series N3w Lands: An Exploration of the Metaverse explores how creators of all types are using NFTs and crypto technology to make a living in the metaverse economy.

As the managing director and curator of the Museum of Crypto Art, Shivani Mitra has seen artists ranging in age from 14 to 65 use NFT technology to sell their work online and make commissions every time the art is resold on third-party NFT exchanges like OpenSea. In the Museum of Crypto Art, Mitra has helped curate many of these expensive NFTs from notable artists in one place.

“It is one of the greatest hopes for my generation and the generation below me to reverse the course of a political and economic system that has failed them,” Mitra said.
In the crypto and NFT-enabled metaverses like Decentraland, Somnium Space, Voxels, and The Sandbox, nearly everything in their virtual worlds exists as an NFT. From land to avatars and clothes avatars wear, ownership of most everything is recorded on a transparent and immutable digital ledger called the blockchain.

The CEO of Everyrealm, Janine Yorio, and her company are at the forefront of using this technology to buy and develop real estate in the metaverse. Among Everyrealm’s more than 100 metaverse real estate developments is a shopping mall in the Decentraland metaverse platform called Metajuku. The project spans the metaverse equivalent of 16,000 square feet and includes retail spaces that Everyrealm rented out to people selling digital clothes for avatars.

“We’ve since realized that when we do things like that, we can create outsized returns for our investors, but we also create content that’s bringing users to the platforms,” Yorio said.

Justin Banon, the co-founder of Boson Protocol, which enables commerce transactions in the metaverse, said every company should have a metaverse strategy.
“Much like web and mobile, now we have the metaverse,” he said.

Boson Protocol created a metaverse marketplace called Boson Portal in Decentraland that has attracted names like Tommy Hilfiger, Hogan, and others that sell what he calls “figital products”—an NFT that is linked to a physical product.

Boson Portal, Banon said, shows that the metaverse is not limited to the interwebs.

This technology could bring the metaverse to the real world in promotions for movies or immersive real world environments.
Whatever the future of the metaverse looks like, it’s definitely not going away. Adoption of crypto, NFTs, and the metaverse will allow young people to make a living outside of the traditional economy, which is increasingly stacked against them, he said.

“It is the failure of the post-2008 traditional economy to facilitate upward social mobility for younger people that is driving people towards these new economies, because it’s the only place hope exists.”