The social media giant will also add support for a variety of Web3 wallets.

Despite widespread mainstream skepticism toward NFTs, Meta is doubling down on the technology.

The world’s biggest social media company announced Thursday that it would expand the digital collectibles feature it recently piloted on Instagram to 100 countries in Africa, Asia-Pacific, the Middle East, and the Americas.

Per the announcement, the new feature will let Instagram users share any NFTs they own by connecting their digital wallets to the app. The expansion initially supports Ethereum, Polygon, and Flow NFTs, and Instagram plans to let users connect to Rainbow, MetaMask, Trust Wallet, Coinbase Wallet, and Dapper Wallet. The feature will have no associated fees.

Meta, the social media giant formerly known as Facebook, showed first hints that it was ready to embrace Web3 last October when it rebranded in a push to help the Metaverse grow. The company has sunk $10 billion into its Metaverse arm, Reality Labs, and hired 1,000 staff since, but its Web3 plans have mostly been kept under wraps. The firm’s CEO Mark Zuckerberg had previously discussed that it was planning to support NFTs, and in May the firm commenced a rollout for select creators in the United States. Mark Zuckerberg said of the update at the time:

“We’re not just building technology. We’re trying to also help foster this ecosystem, because at the end of the day, we’re not going to build most of the content – by a long shot. The vast majority of it is going to get created by creators in the ecosystem. And so I think a big part of what we need to do is really lean into all of the different ways that creators could make money.”

The blog post did not confirm whether Meta plans to launch the feature in Europe, nor whether it plans to support NFTs on other blockchains like Solana.

Meta is one of several major tech players to show interest in NFTs as the technology has grown, following the likes of Twitter and Reddit. However, even as many firms look to support the technology, NFTs have proven divisive as many skeptics have criticized the speculative nature of the market and the environmental impact of Proof-of-Work blockchains like Ethereum, which is where most NFTs are minted today. Ethereum’s co-founder Vitalik Buterin has also slammed Meta’s push to build the Metaverse, though his criticism was around the loosely defined concept of the Metaverse itself. He said last week that while he thought the Metaverse would grow, corporations like Meta would “misfire” in trying to build it as long as there’s no clear understanding of what people want to use it for. 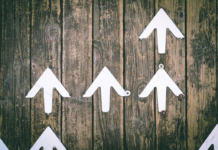 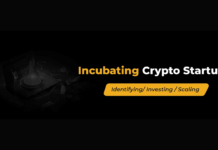