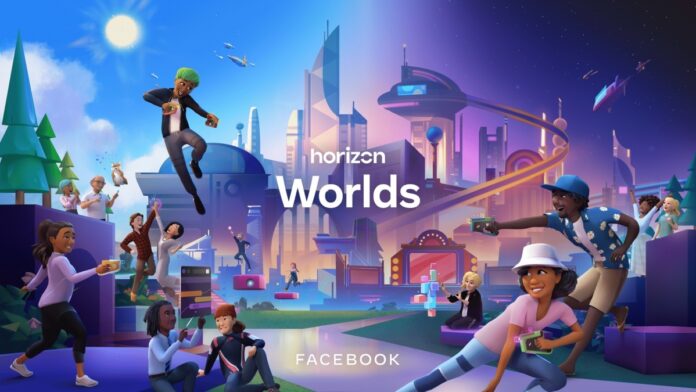 It’s been nearly six months since the company formerly known as Facebook changed its name to Meta, a nod to its ambitions in the metaverse. On Monday the company released details on how it plans to monetize its Horizon Worlds metaverse app, currently accessible only through VR, initiating a testing phase that will allow some creators to sell in-world items to users.

One aspect in particular has been seized upon by NFT Twitter: the fact that Meta is taking a 47.5% cut on each transaction.

For every item sold in Horizon Worlds, a 30% cut goes to Meta via the Oculus platform, and 25% of the remaining amount goes to the Meta App Store. That’s more than Apple’s oft-criticized 30% App Store fee, and much larger than what NFT traders are accustomed to. In the NFT space, marketplace OpenSea takes a 2.5% cut of each transaction, and creators typically take between 2.5% and 7.5%.

To clarify, the items Meta is selling aren’t nonfungible tokens. They’re more similar to the skins and animations that you could currently buy in games like Fortnite. But the metaverse Meta is building is competing with crypto-native metaverses like Sandbox and Decentraland, where in-world items are owned as NFTs.

The future of work is giving Meta 47.5% of your salary, apparently.

Facebook charging 47.5% for every NFT sale is the best thing to ever happen to us.

If we pay the 47.5% transaction fee, can Meta at least give us the other half of our bodies? 😂 https://t.co/tU2MDEOPzX

At the heart of the issue is a philosophical point about how metaverses should be constructed. A metaverse is any digital world that’s frequented by large groups of people — think Second Life or even games like World of Warcraft. The question is whether the next wave of metaverses, shepherded by the world’s biggest social media company, should be closed or open. A closed metaverse is one run by a central authority, where lands and items are owned by the company that built the world. An open metaverse allows people to buy and own metaverse land and items as NFTs, and exchange them for cryptocurrency.

Take, for instance, Sandbox. It’s a blockchain-integrated world now in beta testing, made up of a fixed 166,464 blocks of land, which can be bought and used like real-world property. Creators make in-world items, which they sell for $SAND, the native cryptocurrency that can then be exchanged for ether.

The argument is that open metaverses will be more organic, virtual societies when compared to centrally designed metaverses like Horizon Worlds. “Facebook charging 47.5% for every NFT sale is the best thing to ever happen to us,” one tweet reads, with the implication being that Meta’s excessive fee will drive creators toward open metaverses like Sandbox and Decentraland.

Crypto boosters say that buying an in-world item as an NFT allows you to truly own it — you can sell it, trade it or hold it as an investment, just like real-life items. It appears that Meta is aiming to replicate some of this benefit, as CEO Mark Zuckerberg on Monday said, “Clearly the ability to sell virtual goods and be able to take them with you from one world to another is going to be an important part [of the metaverse].”
That Meta would charge 47.5% is offensive to NFT traders, who may point out that Decentraland and Sandbox items carry 2.5% and 5% creators fees, respectively. Yet metaverses like Sandbox double as speculation opportunities, where the value of items can be bought and sold for profit (or loss). Under this model, creators make money by skimming money off big-ticket items that may never be part of the world Meta builds. Sandbox’s 5% fee amounts to a lot when the item being sold is a $4.3 million plot of land, as compared to Meta’s 47.5% cut of a $10 costume.

Many believe the metaverse is the next big thing: Facebook changed its name to Meta to reflect that belief, and Nvidia’s CEO thinks the metaverse economy will be bigger than real world’s. What metaverses look like, though, is still up in the air. Much is still unknown about how Horizon Worlds will turn out. Meta has in the past said that NFTs will be integrated in at least a limited way into its metaverse, and the company is reportedly also working on an in-world currency.

Meta has been contacted for comment but didn’t respond immediately.