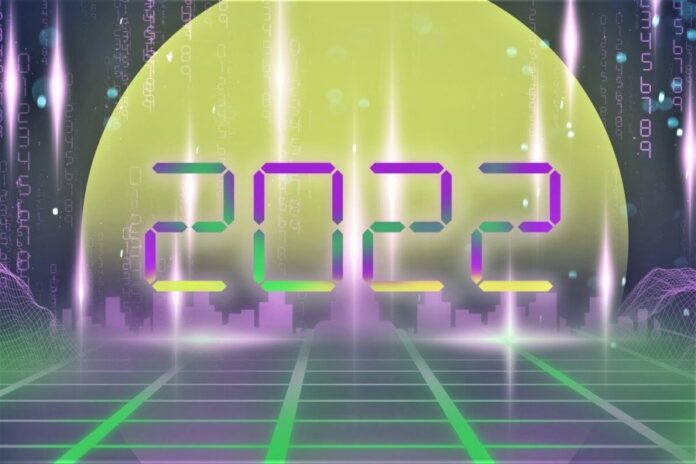 While ‘non-fungible token’ (NFT) may have been Collins Dictionary’s word of 2021, there’s a good chance that ‘metaverse’ came a very close second (Collins did indeed mention the word in its blog commemorating NFTs). Because ever since Facebook changed its company name to Meta and announced a new focus on developing its own metaverse, the word has been on the lips of pretty much anyone even vaguely interested in new tech.

While it’s yet to be determined just how profitable Facebook’s pivot to the metaverse will be for the social media giant, it has already been highly lucrative for a number of blockchain-based platforms that have been able to get a headstart on the Menlo Park-based corporation. From the Sandbox (SAND) and Decentraland (MANA) to Axie Infinity (AXS), and DeFi Kingdoms, numerous metaverse projects have witnessed their native tokens reaching all-time highs in 2021.

And for several metaverse figures speaking with Cryptonews.com, the blockchain-based metaverse will continue to grow healthily in 2022, even with growing competition from non-crypto firms. And while they expect gaming to remain the biggest part of the metaverse sector, they also see the growth of NFTs, virtual experiences, and decentralized communities as being a defining feature of 2022.

Gaming to remain the biggest metaverse trend in 2022

If you look at the top three ‘metaverse’ tokens by market capitalization, you’ll see that they are all gaming-related. This is Axie Infinity, the Sandbox, and Decentraland, and for most figures operating within the crypto industry and the metaverse sector in particular, gaming will continue to be the dominant trend.

“The leaders so far (Axie, Splinterlands, etc.) have done well enough to convince significant new capital to flow in — pretty much any blockchain/metaverse game is getting funded no questions asked at this point, so there will be no shortage of new games to market in the coming years. Gaming also seems to have found a product-market fit whereas other metaverse use cases are still a bit more speculative, still trying to figure out their business model and path to adoption,” said Wes Levitt, Head of Strategy at decentralized video delivery network Theta.

“While gaming is the biggest example of the ‘metaverse’ in the crypto sector, we are still in the early stages of blockchain gaming. This year we will continue to see NFTs grow and eventually become mainstream,” he told Cryptonews.com.

For Maksim Balashevich, the CEO and founder of crypto market analysis firm Santiment, gaming will “definitely” remain the biggest trend within the metaverse sub-sector in 2022.

According to him, the topics will change (or rotate), but the trend towards ‘internet of digital values, creation and owning’ will keep evolving.”

As an indication of just how large the gaming-based metaverse already is (and could become in 2022), the Blockchain Game Alliance’s annual report found that NFT-based games (which mostly involve some form of metaverse) generated USD 2.32bn in revenue. Given that the metaverse didn’t really pick up until the beginning of November (Facebook officially changed its name to Meta on October 28), this would suggest that 2022 might be even bigger for blockchain-based games and their metaverses.

While they are likely to be overshadowed in 2022, other metaverse trends should also gain increasing traction in the New Year.

One of the most notable might be the rise of virtual experiences, be this in the form of online streaming of videos or events, or in the form of virtual reality. As with gaming in the metaverse, this should witness considerable use of NFTs.

“Personally, I’m excited to see NFTs as access passes for various experiences both [in real life] and online. Imagine a model in which creators make content that can only be accessed by fans that own a specific NFT, which will have greater utility and more value for owners,” said Aleksander Larsen.

Larsen adds that, eventually, we’ll see the emergence of gated social networks based on what NFTs people have in their wallets, thereby providing users with a more tailored social experience.

Wes Levitt is another industry figure who estimates that online, video-based experiences will grow in prominence this year.

Levitt also notes one more distant trend within the metaverse, one which the whole sector is probably working towards in one way or another.

“[Virtual reality (VR)/augmented reality (AR)] is probably the end goal, as the hardware gets cheaper and [user experience] gets better, that will be the really transformative way to access the metaverse. That is still emerging though and won’t hit its stride for a few years,” he added.

The idea of a fully realized VR-based metaverse is an exciting prospect, but what’s also exciting for Maksim Balashevich is that the sector is likely to give birth to many other trends and areas over the coming years. This is largely because, being driven from the ground-up by their communities, metaverse platforms are likely to be dynamic.

“Everywhere where one can create and own the results of his/her (and community around) effort, will eventually be big,” he said.

Meta and other non-crypto metaverses

Given the entry of Facebook/Meta into the metaverse arena, 2022 is likely to bring more mainstream companies looking to jump on the bandwagon. However, figures working within crypto say they won’t stand much of a chance if they don’t use blockchain and/or crypto in some shape or form.

“Ultimately, blockchain technology and crypto technology will flip the technology industry on its head by holding companies more accountable, and enabling true digital ownership. The companies that are going to be the most successful in this space are the ones that are genuine and want to change things for their users and not just jump on the bandwagon,” said Aleksander Larsen.

Larsen also adds that Sky Mavis isn’t worried about non-crypto companies entering the space, with the reason being that apps such as Axie Infinity will likely transcend anything that a company such as Meta can offer.

“Axie Infinity is way more than a game, but a community-led digital nation with a real economy that’s having a major impact on lives everywhere. We’ve been able to onboard millions of people into crypto through a fun, accessible, and nostalgic experience, and [I] believe it’s just the beginning of a tidal wave that will sweep the world,” he said.

Maksim Balashevich is similarly bullish, despite acknowledging that many corporations “will surely try” to get involved in the metaverse.

However, he concluded, “But I doubt they have a big chance long term. The future is [peer-to-peer] and community-owned, not corporation owned.”