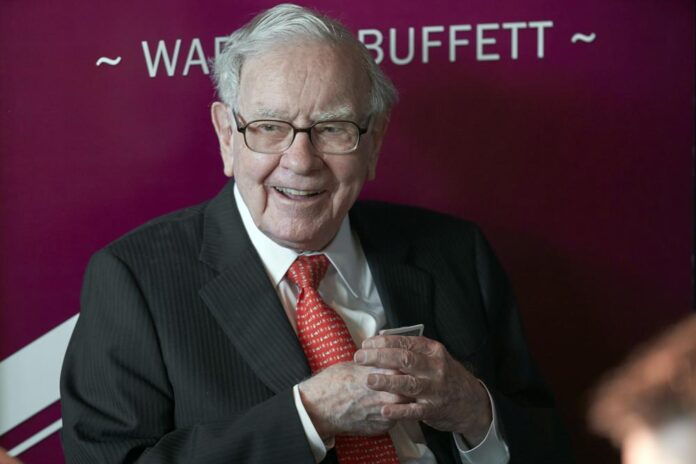 OMAHA, Neb. (AP) — Warren Buffett’s company reported a third-quarter profit that was roughly one-third the amount of last year’s because of much smaller paper gains on the value of its investments, but most of its businesses continue to recover from the effects of the pandemic.

The four analysts surveyed by FactSet expected Berkshire to report operating earnings of $4,536.17 per Class A share.

Most of Berkshire’s eclectic assortment of more than 90 businesses — which includes BNSF railroad, several major utilities, a number of manufacturers as well as furniture, jewelry and chocolate businesses — reported improved earnings this year even as they dealt with the ongoing supply chain delays that are weighing on the economy. All of Berkshire’s non-insurance businesses reported $7.25 billion in operating earnings, up from $5.69 billion a year ago.

“I think this quarter is a good example of how Berkshire is really a microcosm for the broader economy — both the positives and the negatives,” CFRA Research analyst Cathy Seifert said.

Berkshire’s insurance businesses, which include Geico and several other companies, recoded a $784 million underwriting loss in the third quarter because of $1.7 billion in claims related to catastrophes including Hurricane Ida. Geico is also handling more claims because people are driving more this year than they were during the pandemic shutdowns in 2020.

“It highlights the benefits of a diversified strategy because the utility business and the railroad business, results were very good. So insurance was poor but there was an offset in other parts of the business,” Shanahan said.

BNSF, alone, said its third-quarter profit grew by 14%, to $1.54 billion, because it delivered over 4% more shipments.

And Berkshire’s utilities added $1.5 billion to its bottom line, up from $1.4 billion a year ago.

Berkshire’s cash crept up to $149.2 billion during the quarter even though Buffett used $7.6 billion to repurchase the company’s shares. Buffett has struggled to find major acquisitions for the company in the past several years, so cash has continued to pile up.

Investors would like to see Berkshire put more of its cash to work, but it has been steadily repurchasing its stock over the last several years. Seifert said the $20.2 billion Berkshire has spent on buybacks over the first nine months of this year is similar to what it might have spent on an acquisition.