Home Companies RIL says Mukesh Ambani and family have no plan to relocate to... 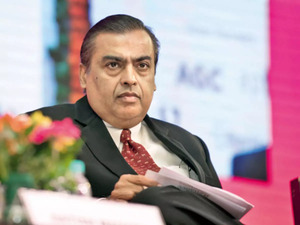 Reliance Industries Ltd said chairman Mukesh Ambani and his family have no plans to relocate. It denied a report that said they will have a second home in the UK and divide their time between it and their current Mumbai residence.

Reliance said the report amounted to “unwarranted and baseless speculation.” Mid-Day reported Thursday that the Ambani family was all set to make the 300-acre Stoke Park country club in Buckinghamshire its second home.

“Reliance Industries Ltd would like to clarify that the chairman and his family have no plans whatsoever to relocate or reside in London or anywhere else in the world,” the company said in a release late on Friday.

In April this year, RIL bought Stoke Park for 57 million pounds. The private sporting and leisure estate was used as a private residence until 1908. Reliance said that the acquisition was part of its strategy for the fast-growing consumer business.

“RIL group company, RIIHL (Reliance Industrial Investments and Holdings Ltd), which acquired Stoke Park estate recently, would like to clarify that its acquisition of the heritage property is aimed at enhancing this as a premier golfing and sporting resort, while fully complying with the planning guidelines and local regulations,” the company said.

The luxury spa, hotel, golf course and country club is frequented by the British elite as well as movie stars, sport personalities and royalty. It has also been a popular location for film shoots.

Many Indian businessmen, including Sunil Mittal, the Hindujas and Anil Agarwal use the UK, especially London, as a base. The Ambani family reportedly spent the summer of 2020 at Heckfield Place in Hampshire with family and close friends.