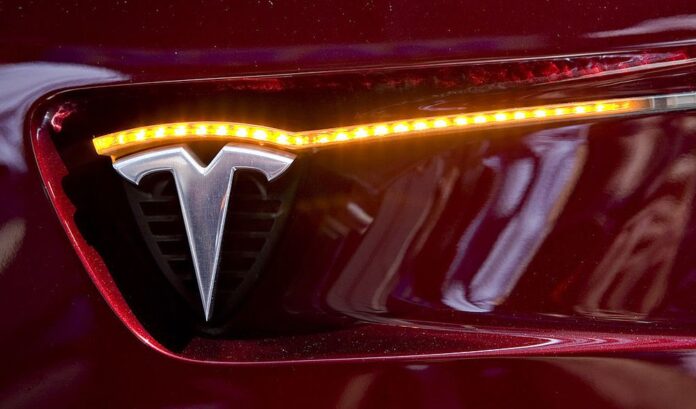 From a penthouse overlooking the pale blue Singapore Strait, a discreet billionaire made a startling claim: he’d quietly amassed one of the single biggest stakes in Elon Musk’s Tesla Inc.

“I believe in Elon’s great mission,” Leo KoGuan told the world via Twitter.

And with that one tweet in September, KoGuan — already a billionaire in his own right — began to dribble out details to believers and skeptics alike. More, the value of his supposed holdings soared and soared: to $4 billion, $5 billion — and, now, to more than $7 billion.

To read more articles based on your personal financial goals, answer these 3 questions that will tailor your reading experience.

Is it true? Could a single obscure investor, even one as wealthy as KoGuan, amass such a huge position in a company like Tesla with scarcely anyone noticing? Could he really have become Tesla’s third-largest individual shareholder, behind fellow billionaire Larry Ellison and none other than Elon Musk, the richest person in history?

Yes. Bank records provided to Bloomberg News by KoGuan and confirmed by people familiar with his investments show he owned 6.31 million Tesla shares as of late September. He also held 1.82 million options giving him the right to buy Tesla between $450 to $550 a share — contracts that are deeply in the money after the stock closed at $1,114 on Friday in New York.

Speaking via Zoom from his living room 63 floors above Singapore’s harbor, KoGuan, 66, provided a glimpse into his astonishing investment. The view from his aerie — a world away from the New Jersey technology business he co-owns — stretches from Batam Island to the south to Malaysia to the north to Indonesia to the west.

Wearing a white T-shirt, KoGuan laid out a no-frills roadmap to his trading riches: stick to a single stock, in this case, Tesla; keep doubling down; and, most important, believe in Elon Musk.

“Sometimes you win, sometimes you lose,” KoGuan says. “Fortunately, I win more of the time than I lose.”

Stranger claims have been made — and proved to be true — in an age when unfathomable fortunes sometimes seem to appear out of thin air. Tesla’s relentless rise has minted countless “Teslanaires” and, some suspect, more than a few as-yet-hidden billionaires.

In today’s hamster-wheel race for riches, the big winners can also recall the big losers. Bill Hwang amassed one of the world’s great fortunes in virtual secrecy and lost it all in a matter of days with the market-rattling collapse this year of his family office, Archegos Capital Management. Like Hwang, KoGuan has been able to avoid the prying eyes of regulators and the investing public because he manages money only for himself and because his stake in Tesla — less than 1% — falls below the 5% threshold that requires public disclosure in the U.S.

KoGuan says he’s added to his Tesla stake since September, buying both shares and options. (In a Sept. 23 tweet, Tesla’s head of investor relations, Martin Viecha, confirmed KoGuan’s original claim; Viecha didn’t respond to a request for comment for this story).

When Tesla jumped 13% on Monday after Hertz Global Holdings Inc. said it would buy 100,000 Tesla cars, KoGuan told his followers that his daily gain was in the ten figures. And he says there’s more to come: “I’m all in. Any money I have I spend on Tesla.”

How did KoGuan get here? How big was his initial pot of money? In a half-hour conversation, he sketched in some answers in broad strokes but was light on details. Little has been written about him, although it has been known for years that he is a billionaire. In the U.S., he’s a founder of SHI International Corp., an enterprise software company in suburban Somerset, New Jersey, with $11.1 billion of annual revenue. In China, he’s known for donating money to a handful of top universities. More recently, his name briefly fluttered to the surface when he bought his $46 million penthouse in Singapore from James Dyson, the British inventor of the bagless vacuum.

A Wall Street Journal story from 2009, when KoGuan was involved in a luxury hotel development in Shanghai, described him as wearing colorful designer clothes and driving a Bentley convertible. Over Zoom, his exuded a calm, scholarly demeanor. He said he’d never granted an interview to a journalist before.

Describing himself as a retail investor, he said he picked up stock trading in 2019. He poured money into several well-known names — Baidu Inc., Nio Inc., Nvidia Corp. and others — and had some success early on. But as the year went on, his bets soured.

So KoGuan sold all his positions but one: Tesla. On a recent podcast hosted by Tesla investor Dave Lee, KoGuan said Ron Baron, the billionaire owner of Baron Capital Management, and Lee himself helped inspire him to focus on the California-based electric carmaker. He began pouring his money into the stock, juicing the bet with leverage. By early 2020 he held 2.3 million shares (amounting to about 12 million shares after adjusting for last year’s stock split), a stake worth around $1.5 billion. The year before, he’d even met Musk himself at the headquarters of SpaceX in Los Angeles.

“I lost almost everything,” KoGuan said.

He kept buying, following what he described as a simple playbook: buy short-term in-the-money stock options; take the profits when the stock goes up; use some of those proceeds to buy actual shares — and plow the rest into another options bet. In other words, double down again and again and again.

Financial advisers, of course, warn that putting all your eggs in one basket is a dangerous move. Some analysts also say that huge option bets like KoGuan’s can sometimes become a tail that wags the dog and set the stage for volatile price swings.

KoGuan is unbowed. He pointed out he’s already diversified — he can fall back on his stake in privately held SHI, which the Bloomberg Billionaires Index values at $3.2 billion. And so what if experts wag their fingers at the gap between Tesla’s valuation and its financial results? He’s among the legions of devout Tesla fans who believe the company is on a one-way path to becoming the world’s biggest.

KoGuan has traced a remarkable arc. Born in Indonesia in 1955 to Chinese parents, he later moved to the U.S. and collected degrees in international affairs from Columbia University and law from New York Law School. He’s mused about the period he lived in a roach-infested apartment in Manhattan’s Morningside Heights, describing it as “my best years.”

In 1989, KoGuan bought steeply discounted assets of a bankrupt New Jersey-based software supplier that became the basis of SHI. He ran the company with his then-wife, Thai Lee, who was the first Korean-American woman to enter Harvard Business School. By the time they divorced in 2002, it was pulling in annual revenues exceeding $1 billion.

KoGuan says he hasn’t been involved in the day-to-day operations since the turn of the century but remains chairman. Lee, who controls the business, is chief executive officer. An SHI spokesperson declined to make her available for an interview.

NFT Metaverse Game Decentraland Is Down To Just 19 Active Users