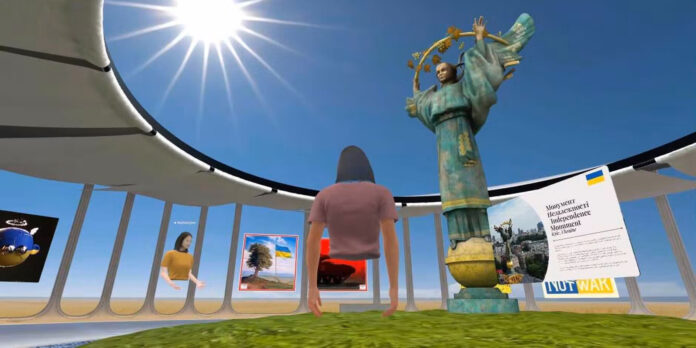 Things are moving fast in the metaverse, and in the wider world of Web3 as a whole. Depending on who you ask, this futuristic, blockchain-based space is either the next big thing for marketing — and for almost everything else — or an overhyped fad. Here’s what you need to know from this past week:

Jose Cuervo to open “metadistillery.”
Jose Cuervo, the world’s top-selling tequila brand and the founder of the longest-running tequila distillery in Latin America plans to open the first tequila distillery in the metaverse. The virtual distillery, which will be hosted in Decentraland, is slated to open this summer. Fans of legal drinking age will be able to visit the metadistillery “for unforgettable virtual experiences, tequila education, as well as limited edition products and entertainment, as a permanent fixture in the metaverse for tequila lovers to visit for generations to come,” the company said in a statement. The announcement from Jose Cuervo is the latest from a growing number of beer, wine and spirits companies that have recently decided to tap into the rapidly swelling popularity and profitability of the metaverse.

Blockchain-based game Axie Infinity hacked in one of history’s largest crypto heists.Ronin Network — a blockchain used to access the popular play-to-earn game Axie Infinity — was recently breached by hackers, resulting in the theft of hundreds of millions of USD. In a blog post, Ronin said that the breach occurred on March 23, but was not detected until March 29 when an Axie Infinity user reported that they were unable to make a withdrawal of ETH — the cryptocurrency used within the game. Ronin has temporarily paused operations on the Ronin Bridge, where the breach took place, and is currently working with “various government agencies to ensure the criminals get brought to justice,” per the company. A total of 173,600 ETH (worth a little over $591 million), plus an additional $25.5 million in stablecoin USDC, was reported stolen, making it one of the most serious cryptocurrency thefts in history.

PacSun opens virtual space in Roblox.
Retail brand PacSun has announced “Pacworld,” itss flagship activation in the metaverse. The brand’s virtual experience — designed in partnership with gaming studio Melon — will be hosted on Roblox, a gaming platform originally designed for young children that’s become one of the developmental hotspots in the expanding virtual retail space. Pacworld will have a distinctly “Mall Tycoon” vibe: “Players are the owner and operators of a new mall, and it is their objective to make the mall as profitable and popular as possible,” the brand said in a statement. “Players will be able to create and remove shops, upgrade the shops that do well, decorate the mall to try and attract more customers, and even invite their friends to visit their mall.” Like many brand activations in the metaverse, PacSun hopes that its new VR experience will help to foster engagement among its Gen Z audience. “As we are catering to a fully digital generation, we recognize that Gen Z values community and accessibility more than any other generation, and we joined Roblox to further build that connectivity with our consumers,” Brie Olson, Pacsun president, said in a statement. “Considering that they leverage Roblox as a point of socialization, we knew that in order to further our strong emotional resonance as a brand, we needed to continue to build alongside them in the gaming world.” PacSun has also dropped a second wave of its “Pac Mall Rats” NFT series as a part of the new campaign.
NFL’s Russell Wilson and VaynerSports’ AJ Vaynerchuck announce new, healthier sports drink targeting Gen Z.
Broncos’ quarterback Russell Wilson has teamed up with entrepreneur and VaynerSports CEO AJ Vaynerchuck for the launch of a new sports drink brand. “Local Weather,” as the brand has been called, is targeting Gen Z and is being positioned as a healthier alternative to the high-sugar beverages that have long-dominated the sports drink market. The new brand, developed in collaboration with agency Harper+Scott, consists of four flavors: fruit punch, orange clementine, mango passionfruit and wildberry. The brand says that it will incorporate a number of trendy ingredients, including coconut water and nootropics like l-theanine, t-tyrosine and Ashwagandha. In contrast to the traditional marketing strategies of major sports drink brands, which tend to focus mainly on athletic performance, Local Weather is promoting itself as a product that can provide a boost not only for sports, but also for an array of creative pursuits that have become popular among its target audience. “52% of Gen Z males say they prefer non-traditional sports, which includes literally any movement, e.g., Pickleball, TikTok dancing, roller skating, painting and gaming,” Jon Alagem, chief executive of Local Weather and president of Harper+Scott, said in a statement. “That’s why we created Local Weather—to support this largely ignored generation of consumers who are redefining what it means to be active both mentally and physically.”

Virtual NFT gallery, featuring artwork from Ringo Starr, raises funds for Ukraine.
Spatial, a virtual art exhibition platform, recently hosted the “Peace Pavilion,” organized in an effort to raise funds for the besieged citizens of Ukraine and to “spread the message of supporting peace through art.” The gallery was designed by Ukrainian computer graphics artist Max Sheika, and was oriented around a virtual rendering of Kiev’s Independence Monument. Among the NFTs showcased were tokens from Ringo Starr, digital artist Krista Kim, and Vogue Singapore (the fashion magazine’s Singaporean arm). “The art evokes messages of peace, unity and freedom, and all the artists have agreed to have their work displayed in a sign of solidarity with the people of Ukraine,” Spatial said in a statement, “All primary sales from this space, as well as a portion of secondary sales, will go directly to support the people of Ukraine.”