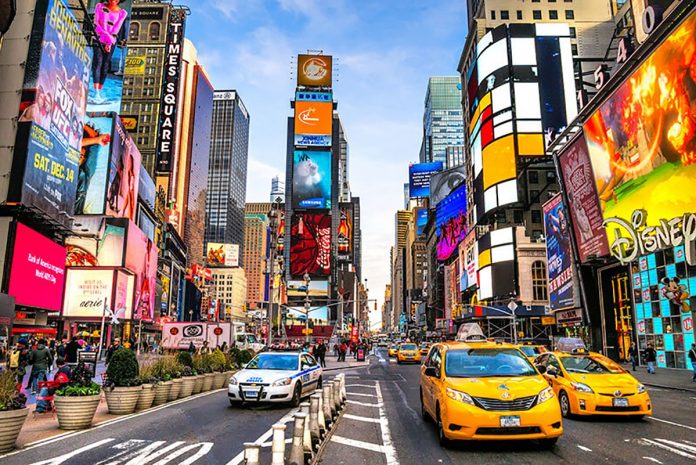 TIME Magazine has joined forces with The Sandbox to build a virtual Times Square in the metaverse.

TIME Magazine has continued its foray into the cryptocurrency and NFT world by partnering with blockchain-based gaming company The Sandbox to build TIME Square in the metaverse.

Building a Virtual Times Square
According to the official announcement, the initiative was inspired by the “virtual spirit and energy” of the real-life Times Square neighborhood in New York City.

Times Square is an iconic cultural center, commercial intersection, tourist destination, and neighborhood in Midtown Manhattan, New York, United States. The area is famous for its vast, illuminated advertising billboards and is considered the “heart of New York” and “the Crossroads of the World.”

TIME plans to recreate something similar but in the metaverse. The partnership will allow the media company to build TIME Square on its virtual land in The Sandbox, making it TIME’s first-ever metaverse destination since it joined the NFT space last year.

Becoming the Heart of the Metaverse
In September 2021, the iconic media company launched TIMEpieces, an NFT community initiative featuring the original artwork of more than 40 influential artists. Currently, the community has four NFT collections – Genesis, Inspiration, Long Neckie Women of the Year, Slices of TIME, and Beatclub Collection.
According to TIME’s president, Keith A. Grossman, the company’s goal is to build a virtual environment that will become the “heart of the metaverse.”

“Our goal is to create a destination that will be the heart of the metaverse. Since launching TIMEPieces in September 2021, we have focused on developing a community in Web3 that benefited from the incredible 100- year legacy and access TIME has established,” he said.

A Natural Bridge
TIME Square will serve as an inclusive platform for TIMEPieces holders to enjoy unique experiences such as attending meetings and events hosted by TIME Studios for educational and recreational purposes.

Commenting on the partnership, Sebastien Borget, co-founder of The Sandbox, said:

“By partnering with TIME, we’re adding TIMEPieces as the beating heart and soul of this virtual Manhattan, where a design call for virtual architects will be held in TIME Square, a place in our creative metaverse for brands and creators.”