Home NEWS Banking Tony Hawk is entering the world of NFTs with ‘the biggest skatepark... 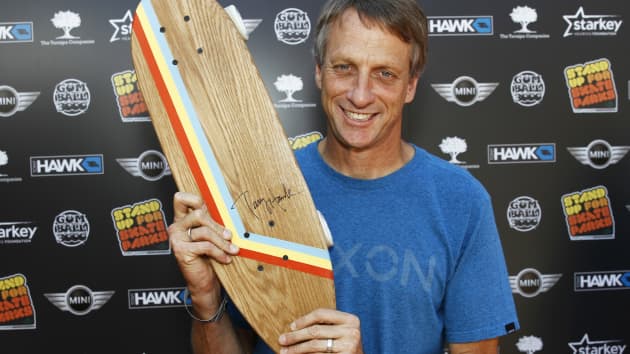 After conquering the X Games and video games, Tony Hawk has set his sights on his next frontier: the metaverse.

The legendary skateboarder this week announced plans to partner up with The Sandbox — an online game built on the ethereum blockchain where players can spend cryptocurrency to buy virtual land — to build the “largest virtual skatepark ever made,” the company said in a Wednesday press release.

The partnership, which is also a collaboration with NFL star Tom Brady’s sports-focused NFT platform Autograph, will include a collection of digital avatars that players will be able to buy on the platform, as well as access to a the virtual skatepark where they will be able to skate with other players.
“I have been a fan of new technology all of my life – from the first video games and home computers with CGI capabilities – so I am fascinated by the metaverse, and excited to bring our culture into the virtual landscape of The Sandbox,” Hawk said in the press release.

It’s not the first time that the now 54-year-old skater has embarked on a business venture in a relatively nascent industry. In 1999 he released the first installment in the popular “Tony Hawk Pro Skater” video game series, which spawned a slew of sequels, the most recent of which sold 1 million copies in just its first 10 days.

Among the NFTs that will be available for purchase in the game is a digital replica of the skateboard that Hawk used when he became the first person to land a 900 — a difficult skateboarding trick — at the X Games in 1999.

Hawk’s announcement comes as the world of crypto and NFTs has come under increasing scrutiny as cryptocurrency values have plummeted from all-time highs and found themselves in a so-called crypto winter.

Just last month billionaire Bill Gates said that crypto and NFTs were something that’s “100% based on greater fool theory,” the idea that the worth of overvalued assets is based solely off of a person’s ability to get someone else to pay more for it.