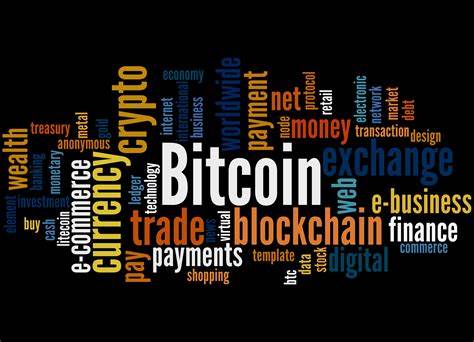 New Delhi: After some decent gains, the cryptocurrency market took a breather as major crypto tokens were trading flat. Trading was light as investors looked for signs that Bitcoin’s downward spiral has reached an endpoint and that the largest cryptocurrency by market capitalization is ready to enter a new bull cycle.
Barring Solana and Polkadot, all other eight out of the top-10 digital tokens were trading with a positive bias during the early trade on Monday. Cardano, meanwhile, zoomed over 12 per cent to become the fifth largest token by market cap.
The global crypto market cap was largely unchanged at $2.07 trillion compared to the last day. However, the total crypto market volume increased by 5 per cent to $64.30 billion.
Investors searching for clues as to where Bitcoin is headed next may want to take a look at what the options market is signaling. The world’s largest cryptocurrency rebounded last week after falling below $40,000.

What’s cooking in India
The government could consider in the upcoming Budget levying TDS/TCS on sale and purchase of cryptocurrencies above a certain threshold and such transactions should be brought within the ambit of specified transaction for the purpose of reporting to income tax authorities, Nangia Andersen LLP Tax Leader Aravind Srivatsan said.
Also, a higher tax rate of 30 per cent should be levied on the income arising from the sale of cryptocurrency, similar to winnings from lottery, game shows, puzzle, etc, he said.
Expert Take
On September 12, 2021, Cardano’s Alonzo upgrade was deployed. The Alonzo upgrade gave the Cardano network smart contracts capabilities. In simple terms, it meant that Cardano could see a stream of Dapps on their network, said WazirX Trade Desk.
With the anticipation of the upgrade, Cardano’s ADA reached an all-time high of 3.12 USDT, it added. However, there were no Dapps released which led to a more than 60% drop in ADA’s price action over 4 months.
But there might be a reversal in play for Cardano as Sundaeswap, a decentralized exchange with a huge following, is planning to launch its Mainnet in 3 days (20th of January).
“With the launch of the Dex, people will be able to see the power of Cardano and there could be a massive spike in price. In short, we should expect some volatility,” WazirX added.

Global updates
Consumers and businesses are increasingly starting to use digital tokens other than Bitcoin for purchases, according to BitPay Inc, one of the biggest crypto payments processors in the world.
Streamlining NFTs
For more than a year, cryptomania has been at a fever pitch. Cryptocurrencies such as Bitcoin and Ethereum have soared in value.
Crypto-based assets such as NFTs have taken off. Jack Dorsey, a Twitter founder, recently renamed one of his companies Block in honor of the blockchain, the distributed ledger system that powers digital currencies. Melania Trump has auctioned off her own NFTs.
But to some, the crypto craze has gone too far, too fast. Skeptics argue that cryptocurrencies and related assets such as NFTs are digital Ponzi schemes, with prices artificially inflated beyond their true value.

Tech View byProassetz Exchange
On November 10, 2021, after making a double top at $69,000, Bitcoin started facing sell-off but heavy sell-off came after it gave a downward breakout from the channel and currently it’s trading at support zone ($42712 – $39811) and below its downward trendline. Till it does not give a valid upward breakout for this downward trendline, we will witness weakness in price.