US mobile carriers Verizon and AT&T have agreed to temporarily postpone their rollout of C-band 5G in order to work with the Federal Aviation Administration (FAA) to address concerns surrounding potential interference with key cockpit safety devices.

In a statement, AT&T revealed its plans to delay its new 5G deployment until the beginning of next year while a Verizon spokesperson told CNET that it would take similar measures as the company works with the government agency.

For those unfamiliar, C-band spectrum falls between 4 GHz and 8Hz and by using it for 5G, mobile carriers can bolster the range of their next-gen networks. For instance, by using this new C-band spectrum, Verizon will be able to offer peak download speeds of 1 gigabit per second to its customers using 5G smartphones.

Earlier this year, the Federal Communications Commission (FCC) auctioned off the C-band airwaves to bring in a record $81bn with Verizon and AT&T spending $45.45bn and $23.4bn respectively. These new licenses will allow both carriers to build out their 5G networks further and deliver faster speeds to their customers.

The news that Verizon and AT&T would temporarily pause their deployment of C-band 5G was first reported by the Wall Street Journal.

At that time, the FAA and FCC issued a joint statement in which the two government agencies said they would work with mobile carriers to mitigate any safety concerns related to potential interference between key cockpit safety devices and 5G towers on the ground broadcasting signals over the C-band spectrum.

The FAA also issued a special information bulletin informing manufacturers, operators and pilots about potential interference between cockpit electronics and C-band 5G. This is due to safety concerns regarding how C-band 5G could potentially interfere with automated cockpit systems including those used by pilots to land aircraft in poor weather.

The wireless industry lobby group took issue with the FCC’s claims that 5G could interfere with aviation equipment in a Special Airworthiness Information Bulletin, saying:

“Nearly 40 countries have already adopted rules and deployed hundreds of thousands of 5G base stations in the C-Band at similar frequencies and similar power levels—and in some instances, at closer proximity to aviation operations—than 5G will be in the U.S. None of these countries has reported any harmful interference with aviation equipment from these commercial deployments, as the Federal Aviation Administration recently confirmed.”

While Verizon and AT&T have temporarily paused their deployments, both mobile carriers plan to resume them early next year. 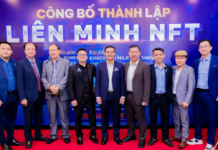