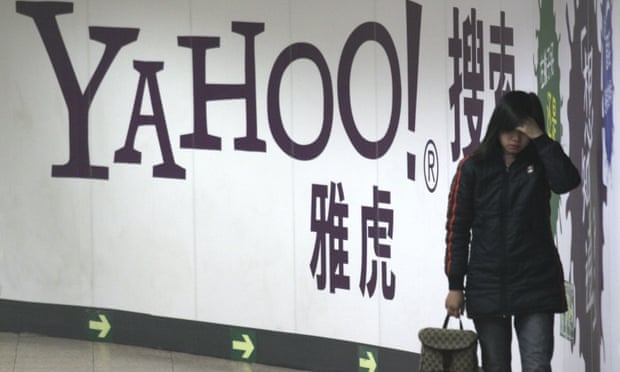 Yahoo has announced its withdrawal from the Chinese market in the latest retreat by foreign technology firms responding to Beijing’s tightening control over the industry.

“In recognition of the increasingly challenging business and legal environment in China, Yahoo’s suite of services will no longer be accessible from mainland China as of November 1,” the company said on Tuesday.

The timing of the pullout coincided with the implementation of China’s new data protection law, which came into effect on Monday. The legislation, which was years in the making, was likened by some to the Chinese equivalent to the stringent GDPR in Europe.

The law limits the conditions under which companies can gather personal information and sets rules for how it is used. Chinese laws also stipulate that companies operating in the country must hand over data if requested by authorities, making it difficult for international firms to operate in China as they may face pressure at home over giving in to Beijing’s demands.

In the run-up to the implementation of the new legislation, foreign tech companies have been informing their users of the changes in their services in recent months.

Yahoo’s withdrawal came less than a month after another US tech company, Microsoft’s professional networking platform LinkedIn, announced it was shutting down operations in China.. In public, the company blamed a “significantly more challenging operating environment” as well as “greater compliance requirements in China”.

On Tuesday, Yahoo users in mainland China were told the company’s services would no longer be accessible. The products affected included Aol.com and news outlets such as TechCrunch. Users of apps such as Yahoo Weather were told in October that it would be discontinued this month, according to the Wall Street Journal.

Yahoo has had a tumultuous and controversial existence in mainland China. In 2007, the company was criticised by lawmakers in the US after it handed over data on two Chinese dissidents to the the authorities, eventually leading to their imprisonment.

In recent years, as regulations toward foreign tech companies hardened and domestic competition grew, Yahoo began to downsize its operations in China. In 2015, it closed its Beijing office.

Analysts say Yahoo’s withdrawal from China is largely symbolic as at least some of Yahoo’s services, including its web portal, have already been blocked. China has also blocked other US internet services, such as Facebook and Google. Mainland users who wish to access these websites use a virtual private network (VPN) to circumvent the block.

The Associated Press contributed to this report

… we have a small favour to ask. Millions are turning to the Guardian for open, independent, quality news every day, and readers in 180 countries around the world now support us financially.

We believe everyone deserves access to information that’s grounded in science and truth, and analysis rooted in authority and integrity. That’s why we made a different choice: to keep our reporting open for all readers, regardless of where they live or what they can afford to pay. This means more people can be better informed, united, and inspired to take meaningful action.

In these perilous times, a truth-seeking global news organisation like the Guardian is essential. We have no shareholders or billionaire owner, meaning our journalism is free from commercial and political influence – this makes us different. When it’s never been more important, our independence allows us to fearlessly investigate, challenge and expose those in power. Support the Guardian from as little as $1 – it only takes a minute. If you can, please consider supporting us with a regular amount each month. Thank you.